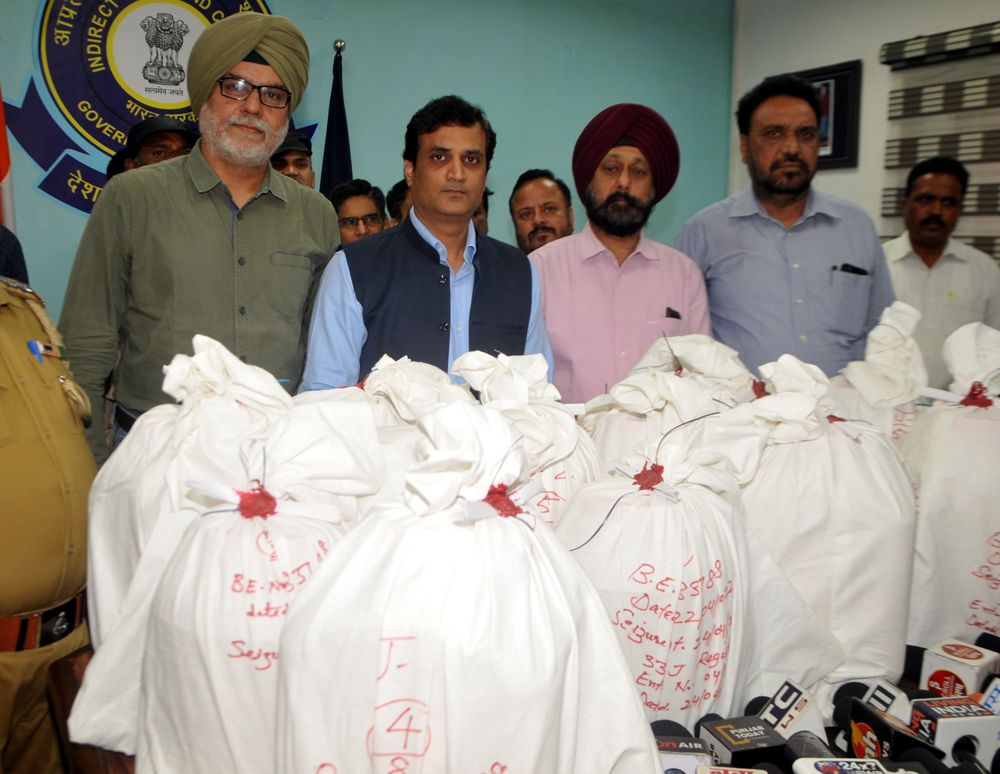 Staff of the Customs Department with the seized consignment; and cylindrical wooden logs that were sealed on both the ends.

The Customs Department has seized around 102 kg of heroin, worth Rs 700 crore in the international market, concealed in a consignment of liquorice (mulethi) imported from Afghanistan at the Integrated Check Post (ICP) in Attari.

No arrests so far

An Afghani driver unloaded the consignment at the ICP cargo in a truck on April 22 and returned. This shipment was supposed to be delivered to a Delhi-based importer. No arrest has been made so far.

This is the second big catch by the Amritsar Customs Department after 532 kg of heroin seized at Attari earlier.

Rahul Nangare, Commissioner of Customs (Preventive) Commissionerate, Amritsar, said as the material (mulethi) was subjected to X-ray scanning randomly as per the examination procedure, some irregular spots were detected by the duty officer, who raised the alarm.

In view of the suspicious images, the custom officers opened 340 bags only to find that some of them contained small cylindrical wooden logs, looking identical to mulethi, that were sealed on both the ends by saw dust mixed in some adhesive material. The heroin was stashed in the cavities made in the wooden logs.

“We segregated and broke open the wooden logs weighing 485 kg. We found that machine-made cavities drilled in each log was filled with powdery material suspected to be a narcotics substance in plastic pouches. We took some samples to test them with drug detection test kit, both by the customs and the BSF separately and they showed positive results for narcotics,” he added.

The seized narcotics were taken into possession by the Customs Department. Without divulging further details, Nangare said further investigation was on.

Meanwhile, sources said the consignment of 340 sacks of mulethi was dispatched by Alem Nazir Ansari Limited, a firm based at Mazar-e-Sharif in Afghanistan.

The Afghani driver, said to be a Shinwari, an ethnic Pashtun tribe of western Pakistan and eastern Afghanistan, had gone back after delivering the consignment at the ICP’s cargo terminal number 2 on April 22. The ‘manual’ rummaging process was initiated the next day by noon. It took the customs teams over 24 hours to check the bags, only to find such a big heroin haul.