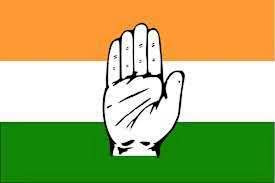 Days after the Congress Working Committee approved an ambitious programme to train party workers and leaders in its ideology among other things, a key meeting of top organisational leaders has been called this Tuesday to take the matter forward and discuss upcoming elections.

Days after the Congress Working Committee approved an ambitious programme to train party workers and leaders in its ideology among other things, a key meeting of top organisational leaders has been called this Tuesday to take the matter forward and discuss upcoming elections.

AICC general secretary in-charge of states and party unit presidents have been asked to attend the meeting.

The major agenda item will be state elections due in 2022 with the Congress facing an uphill task in Punjab where factionalism within the party is evident and growing.

The Congress is concerned about the ongoing war of words between former CM Capt Amarinder Singh and a host of party leaders. Several leaders have voiced their concerns over Punjab affairs in private, while Congress MP Manish Tewari today articulated his angst publicly through tweets, objecting to the use of “foul language”.

Elections in Goa, Uttarakhand, Uttar Pradesh and Manipur scheduled for early 2022 will also be discussed along with key campaign strategies and messaging.

AICC general secretary (organisation) KC Venugopal in a letter to party office-bearers said, “The meeting has been called to discuss the membership campaign, preparations for the ‘jan jagran abhiyan’, proposed training programme and forthcoming Assembly elections.”

The training programme cleared by the CWC is currently a major topic of discussion in party circles with respect to its scope. The meeting will also discuss public awareness campaign which the CWC announced on inflation. The campaign is to be held from November 14 to 29.