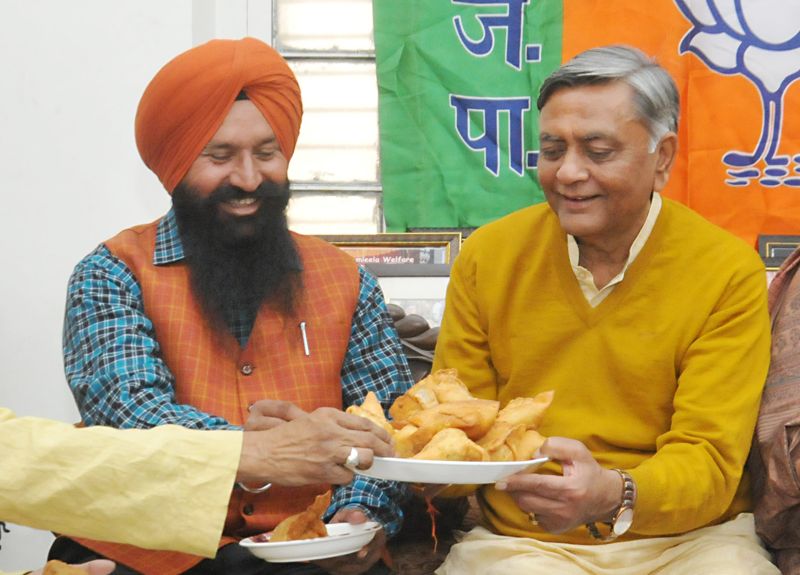 After a gruelling month of canvassing that culminated in polling yesterday, candidates from various parties in the Doaba region unwound by indulging in leisure activities, besides taking a good rest today. Congress minister and Jalandhar Cantonment candidate Pargat Singh got up early as per his routine and went to the PAP grounds, where he jogged and exercised for over an hour. “I had been missing my routine for almost a month now. It felt good being able to start my fitness regimen once again,” he said.

“On returning home, I met some visitors and had my breakfast before dozing off. It was eat, talk, sleep and repeat for me the whole day,” he added. “Desperately” needing some rest, BJP minister and Jalandhar Central candidate Manoranjan Kalia went to bed early last night. “I got up early and met visitors the entire day. I enjoyed rounds of ‘lassi’, tea, coffee and snacks with them. After a siesta, I reverted to phone calls that I had missed. In the evening, I will attend two weddings,” he said.

Congress’ Kapurthala candidate and minister Rana Gurjeet Singh said he, along with his family, went to a gurdwara, where he organised a ‘paath’. “Later, I went to Golden Temple to pay obeisance. My son Rana Inder Partap (Independent candidate from Sultanpur Lodhi) went back to his constituency. In the evening, I enjoyed watching matches at kabaddi tournament,” he added. BJP candidate from Phagwara and former Union Minister Vijay Sampla got a haircut, while party leader from Kapurthala Ranjit Singh Khojewal offered prayers at a gurdwara with his family. “Besides getting a haircut, I spent time with my family and friends. In the afternoon, I held a meeting and had lunch with party workers. Tomorrow, I have plans to attend a wedding,” said Sampla. Khojewal had a contrarian view. “Rest is an illusion. Now that polls are over, my children are busy with exams. I took some time off to offer prayers with my family today. It’s back to the same routine from tomorrow,” he said.

AAP canddiate from Sultanpur Lodhi Sajjan Singh Cheema visited his Jalandhar home after two months and tended to plants and played with grandchildren. Former CM Parkash Singh Badal and his son and SAD chief Sukhbir Singh Badal were seen in a relaxed mood at their residence at Badal village here today. They met party leaders and workers, got feedback and told them that the SAD-BSP alliance would form the government. Badal, 94, the oldest candidate in the electoral fray, met party workers at his camp office. Sukhbir started his day late and after meeting some workers left for Chandigarh to attend a wedding. Bathinda MP Harsimrat Kaur Badal performed ‘paath’ for the SAD-BSP alliance’s victory.

On the other hand, Congress candidate from Gidderbaha Amrinder Singh Raja Warring spent time with his family and relatives at his residence in Muktsar. “The Badals are likely to visit abroad,” said sources. Similarly, Raja Warring is also planning to go abroad with his family for a couple of days.

Election fatigue has caught up with CM Charanjit Singh Channi, who has been keeping a low profile since polling. Channi said he had sore throat, was fatigued and had been resting since yesterday, besides spending quality time with his family.