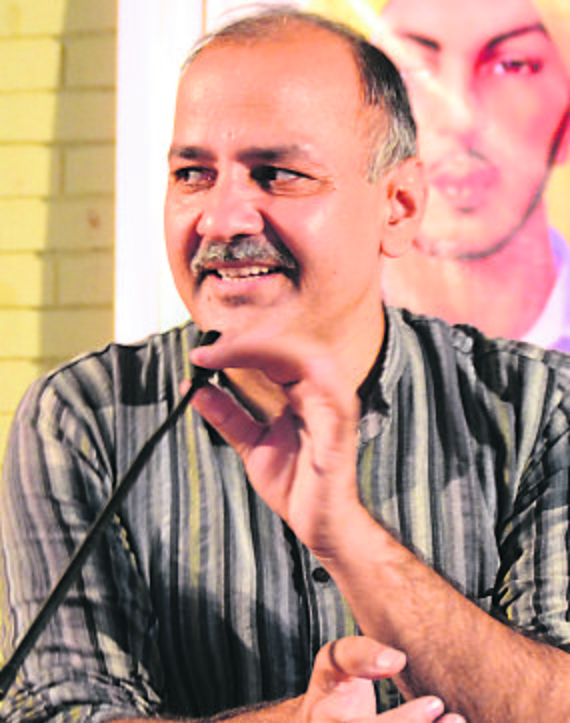 Finance Minister Harpal Cheema and his Delhi counterpart and member of national executive committee of the AAP Manish Sisodia say the vision of governance for the next five years of AAP government has been outlined in the Budget proposals presented by Cheema in the Vidhan Sabha today.

At the upcoming GST meeting, we will take up the issue of stopping 14% relief to states. The Union Government can’t leave us in the lurch. — Manish Sisodia, Delhi Deputy CM

Sisodia has played a pivotal role in guiding his party colleague and state FM Cheema in framing the Budget 2022-23, in accordance with the party’s vision, policies and pre-poll guarantees.

“This was the maiden Budget of the party and people had high hopes from it. We have fulfilled four of the five guarantees given to the people in our Budget,” they told The Tribune after the presentation of the Budget.

They were referring to budgetary provisions for strengthening education and health infrastructure, Rs 1 cr relief for martyred soldiers’ kin and announcement of 300 units of free power per month. The government has not made allocations for Rs 1,000 per month to each woman over 18 years.

The Delhi Deputy Chief Minister, who holds the Finance Department there, said school and police reforms were big initiatives announced today. “There is a strong focus on education, right from schools to higher education, and technical education to medical education and skill development. Similarly, in the health sector, right from mohalla clinic to tertiary healthcare, all levels of healthcare have been allocated funds. There is a huge jump in allocations in these sectors,” he said.

Sisodia, however, denied offering largesse created a bad fiscal culture. “In fact, our experiment in Delhi has shown the money people save through free facilities is then used to boost local economy. In a consumption-based economy like Punjab, whatever people save from free units of power, will then be used to spend on other comforts, thus widening the economic activity,” he said.