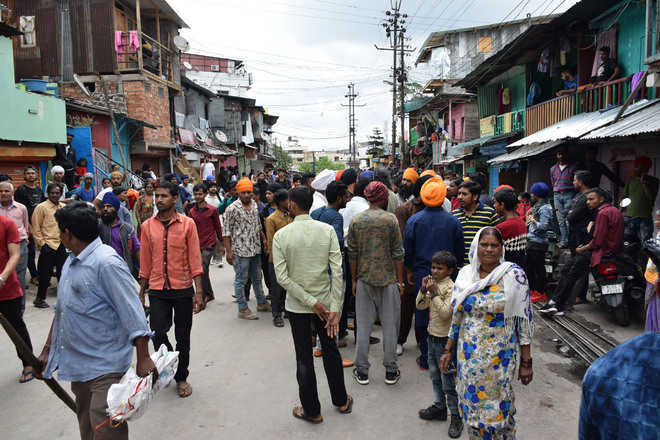 There is no end to Meghalaya government’s effort to evict the Sikh residents of Harijan colony located at the heart of a prime commercial district in state capital Shillong.

Gurjeet Singh, a resident of the colony, who is also president of Harijan Colony panchayat, told The Tribune over the phone from Shillong on Tuesday that a move was afoot to transfer the Harijan Colony land to the state government so that it could take steps against the Sikh inhabitants of the area.

The Harijan Colony is located on an area which belongs to the traditional chieftain of the local Khasi tribe. According to land laws of Meghalaya, the state government or the Shillong Municipal Board has no right over the Harijan Colony land.

More than a century ago, the land was presented to the ancestors of the present Sikh residents of the colony who had accompanied the colonial British troops as sweepers.

Previous attempts made by the state government and the Shillong Municipal Board to evict the Sikh residents, mostly of Gurdaspur origin, did not work because the control of the land in question lied with the traditional Khasi chieftain known as Syiem.

Official sources said that the present Syiem of the area was all set to sign an MoU with the state government transferring the ownership of the Harijan Colony land to the latter.

Khasi Hills Autonomous District Council (KHADC) Chief Executive Member Titosstarwell Chyne has been sent a draft of the MoU. The KHADC made some modifications to the draft which was being sent to the state government for approval, the sources said.

Gurjeet Singh, worried by the latest development, said that back in 1954 attempts were made to evict the Sikh residents of Harijan Colony by roping in the local tribal chieftain. However, the court ruled in favour of the residents taking into account the fact that the Sikh sweepers have been living in the area for several generations.

A high-level committee constituted by the present state government under Deputy Chief Minister Prestone Tynsong more than two years ago to recommend steps for relocating the Sikh residents of Harijan Colony has not been able to submit its report yet as it is unsure whether its recommendation can withstand the scrutiny of the court.

An altercation in June 2018 in the colony snowballed into a violent communal clash which paralysed life in the area for days. Residents of the colony continue to live under round-the-clock police vigil.