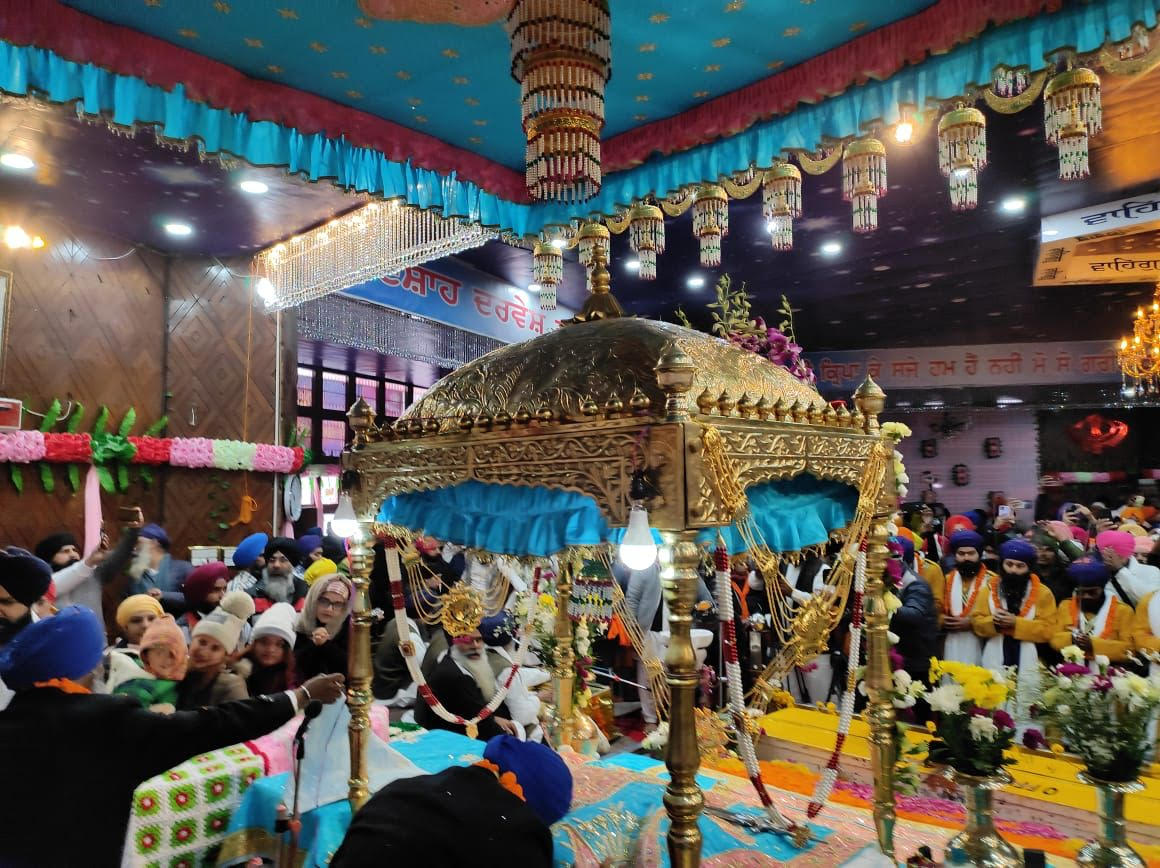 Thousands of devotees thronged Hemkund Sahib in Chamoli district of Uttarakhand when the doors of the shrine were opened on Sunday.

Amid religious chanting, the ‘parkash’ of the Guru Granth Sahib and ‘ardas’ were performed.

15,000 ft altitude at which gurdwara is situated

The Garhwal Scouts Band and Punjab Band played Gurbani followed by the recitation of Sukhmani Sahib.

The robe of ‘Nishan Sahib’ was changed with the help of Army personnel, who also cleared the path obstructed due to fresh snowfall on Saturday.