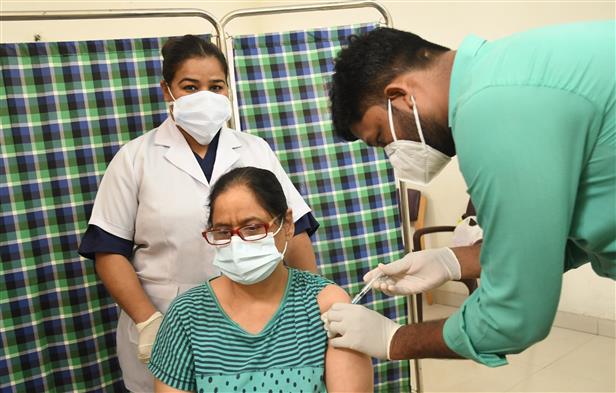 The Karnataka government on Monday decided to make a negative COVID-19 report not older than 72 hours mandatory for travellers from Punjab and Chandigarh.

The government had already made the provision for those from Kerala and Maharashtra.

"In order to contain the second wave of COVID-19, the existing guidelines issued to incoming travellers from Kerala and Maharashtra to carry negative RT-PCR negative reports not older than 72 hours at the time of entering Karnataka have been extended to Punjab and Chandigarh," Health Minister Dr K Sudhakar tweeted.

A government circular said that recently a surge in the number of COVID-19 cases has been witnessed in Punjab and Chandigarh.

The Technical Advisory Committee recommended extending the same provision that existed for the travellers from Kerala and Maharashtra to those coming from Chandigarh and Punjab.

The circular said the airlines should issue boarding passes only to those passengers who have the negative report.

The railway officials and bus operators should ensure those entering Karnataka from these states have such a report.

The deputy commissioners of the districts bordering Maharashtra and Kerala have been tasked with making arrangements to ensure that all the vehicles are checked for compliance of the order.

Constitutional functionaries and healthcare professionals and children below two years old have been exempted from this provision. — PTI