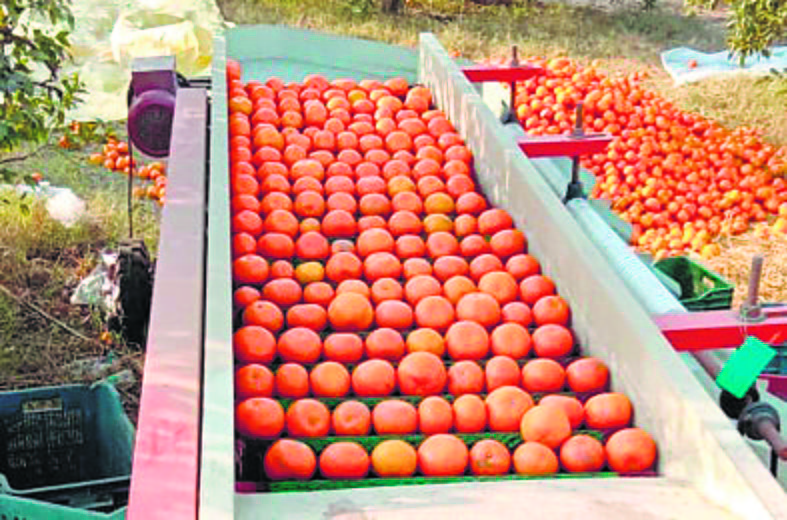 Fruit growers and agriculture experts have demanded a special freight train to transport kinnows from Sriganganagar to southern states so that they can get better prices for the produce.

Fruit growers and agriculture experts have demanded a special freight train to transport kinnows from Sriganganagar to southern states so that they can get better prices for the produce.

At present, kinnows are supplied by trucks. Besides taking about six to eight days to reach the destination, transportation through trucks is costlier too.

The demand was raised at a meeting organised by the Kinnow Farmers’ Club at Maujgarh village in Abohar subdivision. In a seminar held at Tantia University in Sriganganagar, participants too sought it.

Senior Railways officials explained that a goods yard at Sriganganagar can be shifted to a nearby village. A proposal to run such a train from Hanumangarh could also be examined, they said.

Punjab Farmers and Farm Workers’ Commission chairman Ajay Vir Jakhar said it was necessary to create awareness among farmers. “If they do not change the marketing system in time, they will be left behind. A meaningful discussion on the importance of marketing and diversification is necessary,” he said.

President of Tantia University Prof MM Saxena put emphasis on the need for innovative research to make the processing of kinnow more beneficial.

Kinnow Farmers’ Club convener Raj Kumar Jain and secretary Pritpal Tanwer said the region was blessed with a bumper fruit crop this year, but marketing had been affected by non-availability of direct freight trains to the prime markets in southern states. — OC