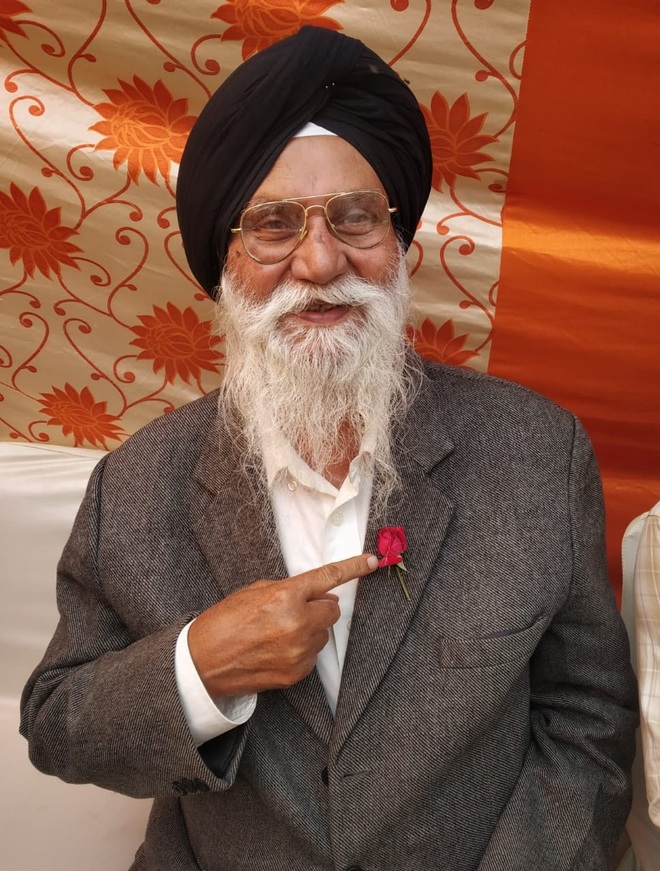 When Khalistani guns were silencing voices of dissent across Punjab’s hinterland, he would fearlessly roam villages with a red badge bearing Lenin’s image on his worn-out coat. He would speak at the funeral of fallen comrades at a time when it was forbidden to attend the last rites.

Prof Hamdardveer Naushervi, a renowned Leftist poet, who inspired generations of rebels, passed away at his home town Samrala on Tuesday. He was 83. He was cremated in the afternoon.

He wrote around 20 books.

Naushervi’s real name was Buta Singh Pannu; he hailed from Naushehra Pannuan in Tarn Taran district. After serving in the Air Force for a brief period, he joined as a lecturer at Malwa College, Bondli, near Samrala.

He fondly named his house in Samrala as “Kavita Bhavan”. It was known as the centre of literary activity in the area. “He built a room in the basement, where he would read and write. In jest, he would tell his young revolutionary comrades: ‘We poets often suffer from the illusion that living in a basement is equivalent to an underground life’,” recalls Amolak Singh.

Whenever somebody would ask him his date of birth, he would say, “Don’t ask that question. I want to die young.”