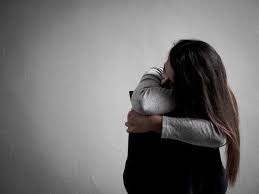 Around a week after the plight of a seven-year-old rape victim from Kapurthala was brought to the fore by The Tribune, the Punjab State Legal Services Authority (PLSA) has released a relief of Rs 2 lakh to her family.

I have been informed about the help. My daughter’s condition is slightly better now.

The PLSA released an interim relief of Rs 2 lakh to the father of the girl, allegedly raped in a brutal manner by a labourer at Kapurthala on March 15.

Dr Mandeep Mittal, Additional Member Secretary, PLSA, said, “After the plight of the girl came to our notice, the FIR and the case were reviewed following which interim relief has been ordered. A lawyer has been appointed and the family informed of their legal rights. The relief amount can go much higher given the plight of the family.” The girl, who had been raped by a man who had taken her out with her parents’ permission on the pretext of getting her biscuits, had left the girl in an unconscious state near the RCF. As a result, her uterus had to be removed and a colostomy conducted. While two surgeries of the girl have already been conducted, more are yet to be done.

The girl’s father said, “My daughter’s condition is slightly better. I am thankful. She had another surgery and has begun to eat. She still has two more surgeries to go. She still has a bag attached to her. How will we take her home in this condition? The police told me she will be kept at the Civil Hospital at Kapurthala when discharged. We have to come back for another surgery.”— TNS