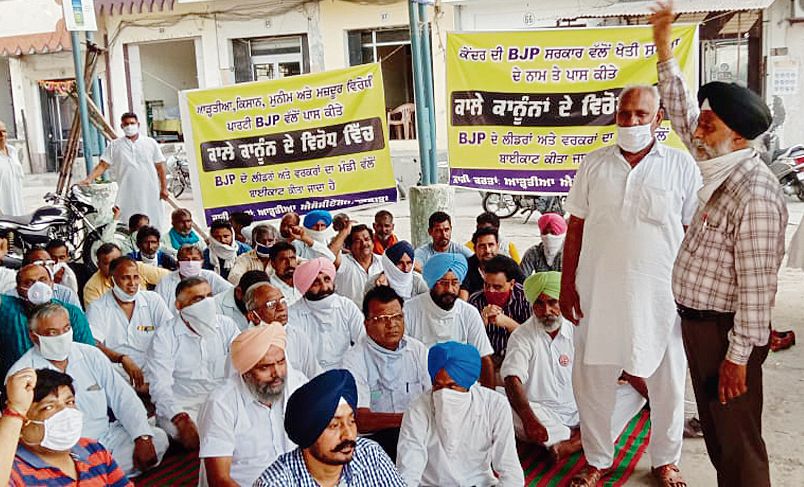 The arhtiyas in Mansa have announced a boycott of BJP leaders and members to protest the Modi government’s “black Bills on the pretext of agriculture reforms”. They have put up banners at their protest site, declaring so.

Sham Lal Dalwa, president of the Arhtiyas’ Association, Budhlada, claimed the Bills would not only destroy the farming community, but also those connected with agriculture directly or indirectly. “We will block the Bareta road on Monday,” he said, adding the BJP had betrayed Punjab’s farmers as well as arhtiyas.

The arhtiyas’ associations in Bathinda and Maur have also announced to support the farmers’ agitation.

Shingara Singh Mann, BKU Ekta (Ugrahan) secretary, said both farmers and arhtiyas would boycott BJP leaders in all villages across Punjab. “Our joint struggle will be intensified. We will not allow the new laws be enforced at any cost,” he warned.