While MBBS fee in Ukraine is around Rs 30-35 lakh, it is between Rs 50-60 lakh in Nepal and Bangladesh 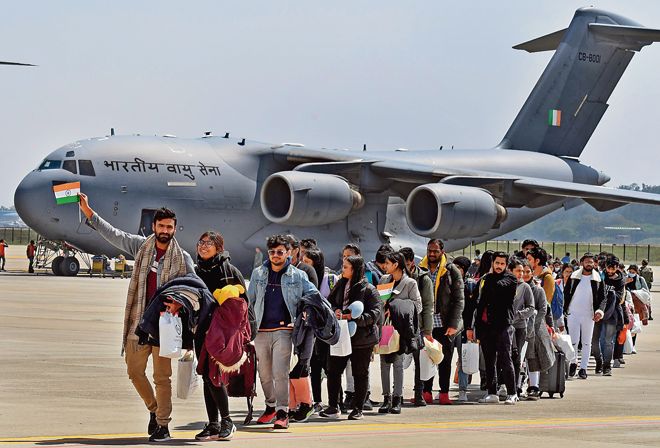 As a fallout of the ongoing Russia-Ukraine conflict, many medical aspirants in the state have started exploring other options now. In place of Ukraine, many students are hoping to take admission in Bangladesh or Nepal this time.

Before taking admission, students are comparing the pass percentage in the Foreign Medical Graduates Exam (FMGE), a screening test which is mandatory for the students studying medicine in other countries. It is conducted by the National Board of Examination (NBE) in June and December.

As per the latest NBE report about the country/institute-wise performance, 4,302 Indian students who had studied MBBS in 32 medical colleges in Ukraine had appeared in the FMGE-2020 and only 692 (16.08 per cent) could crack the test.

Bangladesh is the desired destination of many medical aspirants this time due to high pass percentage of the students from this country in the FMGE. Among the 851 medical graduates who studied MBBS from 38 medical colleges in Bangladesh, only 34.54 per cent were able to pass the FMGE.

“In view of security situation in Ukraine, I want to go to China to pursue MBBS, but there is a looming threat of lockdown due to Covid-19 there. Though medical colleges in China are opting for online classes, the National Medical Commission in India does not accept this mode of education. Hence, I have decided to go to Nepal,” said Ankit, son of a pharmacist in the area.

As per the NBE report, 71 Indian students who studied MBBS in 18 medical colleges of Pakistan had also appeared in the FMGE-2020, but their pass percentage (21.12) was also low. Only 15 of the 71 students cracked the FMGE.