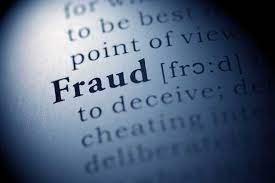 A Moga youth Kulwinder Singh has been booked after he allegedly cheated an NRI woman by backtracking from the promise of marrying her.

He had come in contact with the woman through an online matrimonial website a couple of years ago. He proposed to the woman originally hailing from Chowk Mehta, Amritsar, but settled in California, the US.

Kulwinder told the NRI that he was an expert truck driver. The woman told him that if he shifted to the US, he could earn a lot as the truck drivers were in demand there. The youth agreed to her proposal.

The woman kept on sending money and costly gifts to him for over two years.

However, a couple of months back, she came to know that Kulwinder had solemnised wedding with another woman. She tried to contact him, but he did not respond to her calls.

In a statement given to the police, the victim NRI woman said, “He proposed marriage, but kept on delaying it. I tried to help him through bad times by sending him money, household items and also gifts but later found out that he was married to someone else.”

After conducting a preliminary investigation, the police have registered a case of fraud under Section 420 of the IPC against the alleged accused youth at the Moga City-I police station, here.