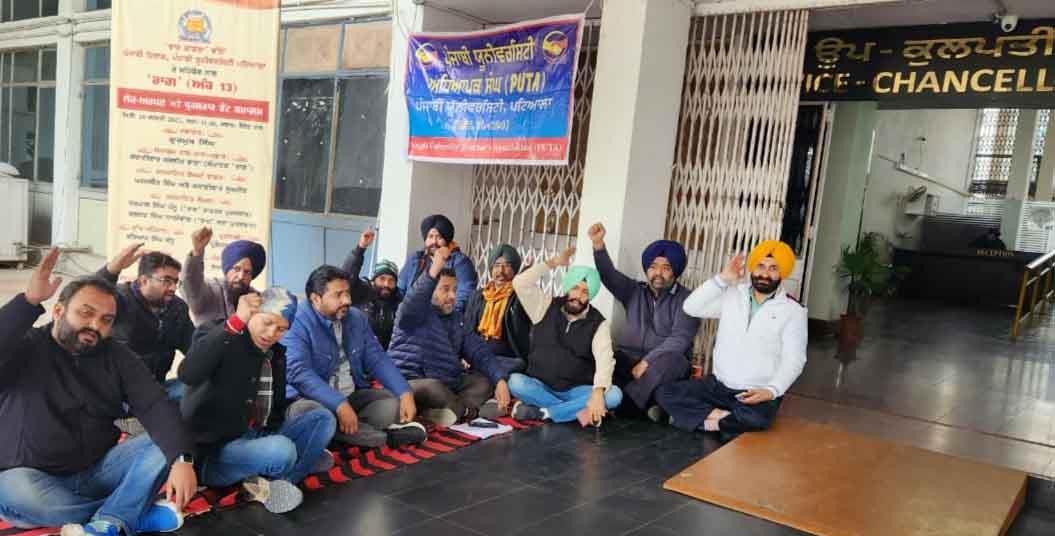 Members of the PUTA protest outside the VC office in Patiala.

The move comes a day after the faculty members and the VC levied allegations of misbehaviour against each other during a meeting.

The CMO has asked Jaspreet Talwar, Principal Secretary, Department of Higher Education, to “take immediate action as per the government rules”.

Yesterday, Professor Pushpinder Singh Gill of School of Business Management wrote to the Governor (Chancellor) and CM Bhagwant Mann, alleging that the VC had used unparliamentary words during the meeting.

Gill said, “The video footage of the incident in which the VC can be seen acting inappropriately and attempting to physically assault me should be preserved.”

He listed other concerns, including non-receipt of salaries for the past two months, pending promotions and denial of study leave for teachers. Gill claimed the university failed to collect the Goods and Services Tax (GST) from students and instead misdirected crores of salary and non-salary funds provided by the government to pay the same.

The VC said he was unfazed by false claims and added, “I will have to look into the use of university funds for payment of the GST. The government must have charged the amount in retrospective for the service provided to students before we implemented the collection of GST on the campus. Else the claims are false.”