Pilgrimage to Hemkund Sahib temporarily halted due to heavy snowfall 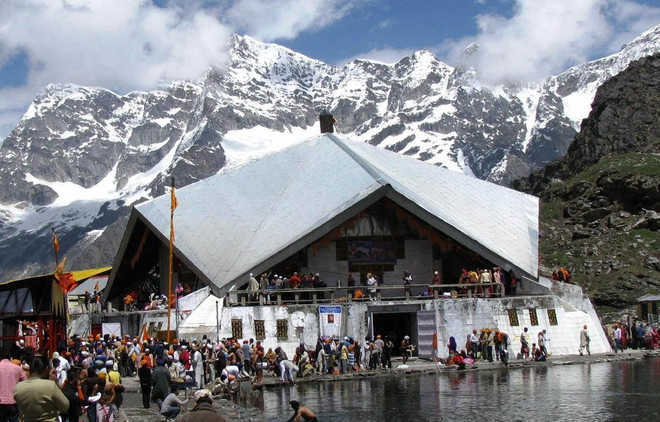 Pilgrimage to Hemkund Sahib was temporarily halted on Monday due to bad weather and heavy snowfall at the Himalayan Sikh shrine.

As a precautionary measure, devotees were asked to stay in Ghanghariya from where the most difficult stretch of the yatra, a 6-km steep trek for Hemkund Sahib begins, the police said.

A State Disaster Response Force (SDRF) team has been sent to the high-altitude shrine to safely bring back devotees who had left on Monday morning.

There was snowfall in Hemkund Sahib on Sunday too but the weather improved on Monday morning. However, it turned bad once again as the day advanced. Hemkund Sahib is located at a height of 16,000 ft.