Police on Tuesday used water cannons to disperse Shiromani Akali Dal and BSP leaders and workers when they were forcing their way to 'gherao' the residence of Punjab Chief Minister Amarinder Singh here. 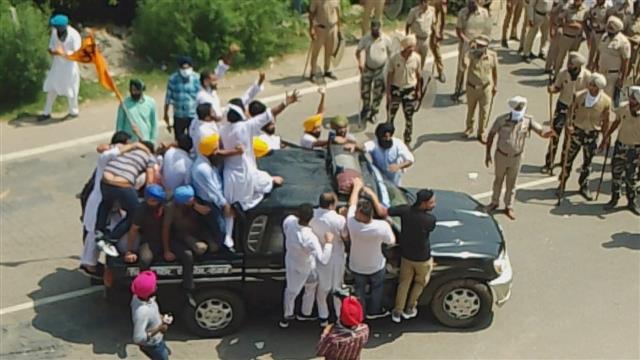 Protesters led by SAD president Sukhbir Singh Badal were shouting slogans against the Congress-led government over several issues, including irregularities in the purchase of Fateh kits and alleged diversion of Covid vaccine doses to private hospitals.

Courted arrest with hundreds of SAD & BSP workers while marching to CM @capt_amarinder's farmhouse near Chd to demand arrest of health min @BalbirSinghMLA for vaccine & fateh kit scams besides need to give market rate to farmers whose lands are acquired for highway projects.1/2 pic.twitter.com/8YFYQpiPPY

It was the first joint protest of the SAD and BSP, days after both the parties had stitched an alliance for the 2022 Punjab Assembly polls. 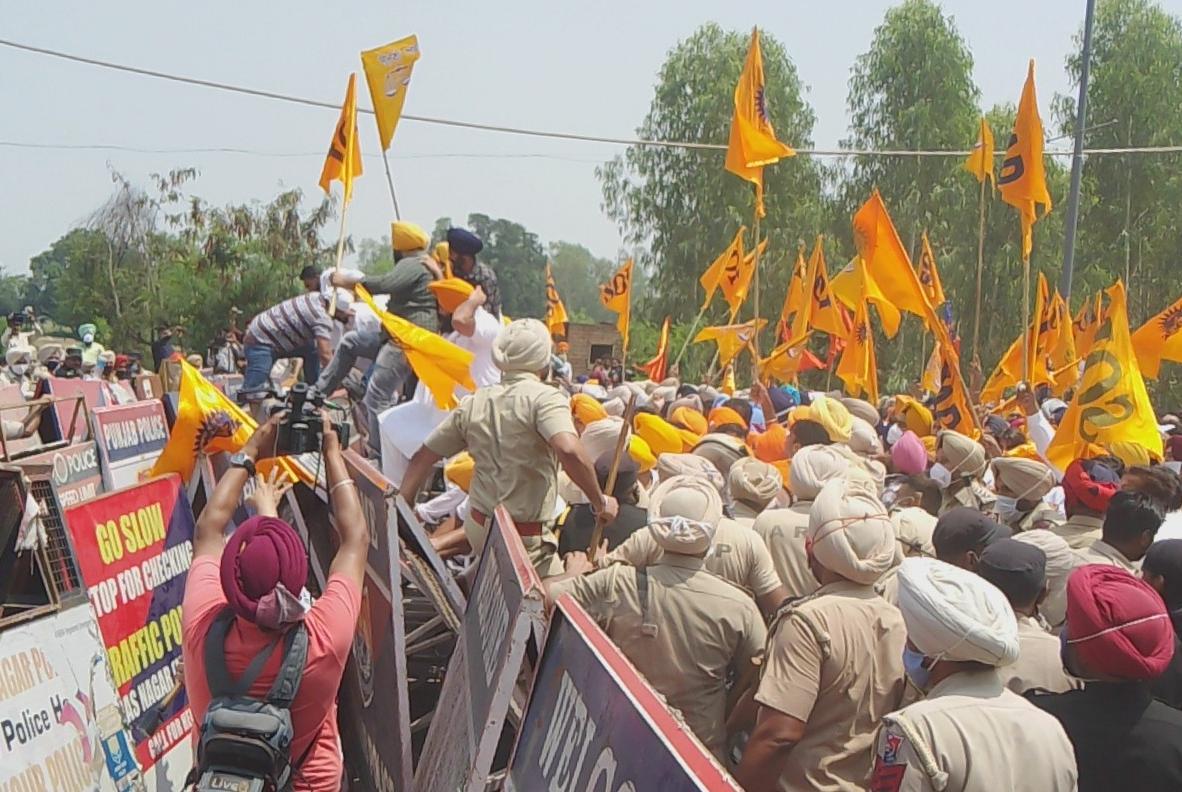 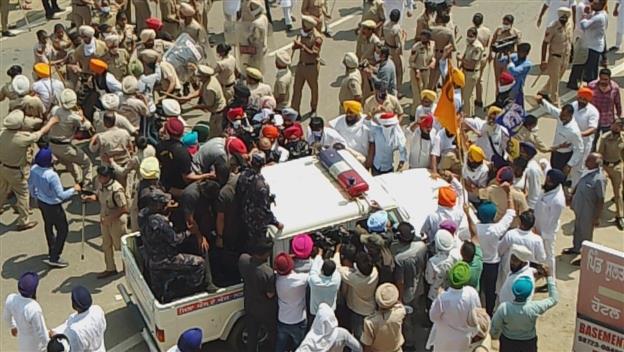 Police personnel were deployed in strength and multi-layered barricades were put up on the road leading to the Chief Minister's residence.

The SAD and BSP had planned to 'gherao' the CM's residence at Siswan in Mohali.

In the melee, turbans of several protesters were tossed aside as police resorted to water cannons. Mohali Senior Superintendent of Police Satinder Singh was also present at the spot.

Earlier, addressing the workers, SAD chief Badal slammed the state government over the issue of alleged irregularities in the purchase of Fateh kits and alleged diversion of vaccine doses to private hospitals.

A 'Fateh kit' contains a pulse oximeter, thermometer, face masks, a steamer, sanitiser, Vitamin-C and zinc tablets and some other medicines for Covid patients. PTI