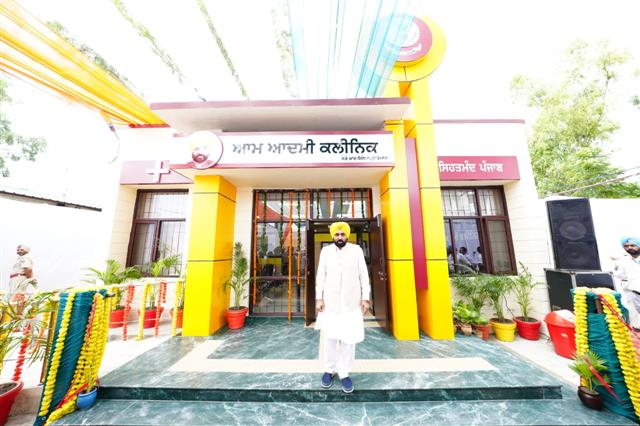 Punjab Chief Minister Bhagwant Mann on Monday dedicated 75 ‘Aam Aadmi Clinics’ to the people of the state to mark 75 years of India’s independence.

Hoisting the National Flag during a state-level function at Guru Nanak Stadium here, Mann said these mohalla clinics will offer around 100 types of clinical tests for free, besides giving free medicines to patients.

Each of these clinics will have four staff members, including an MBBS doctor and a laboratory technician, he said.

“Today, we dedicate 75 mohalla clinics to mark 75 years of Independence,” Mann told the media. More such clinics will be launched in the coming days, he added.

“We had promised to set up mohalla clinics in Punjab. The experiment of setting up such in Delhi has been very successful,” he said.

“We are fulfilling our promises,” the chief minister claimed.

Mann also spoke about his government’s other initiatives such as ‘One MLA, One Pension’ and free electricity.

“After the AAP government was formed, we started taking decisions from Day One, and now, results of these decisions have started coming,” he said.

“One MLA, One Pension law has been implemented. We spoke about giving 300 units of free electricity from July 1. In around 20 days, 51 lakh households will get zero electricity bills,” he said.