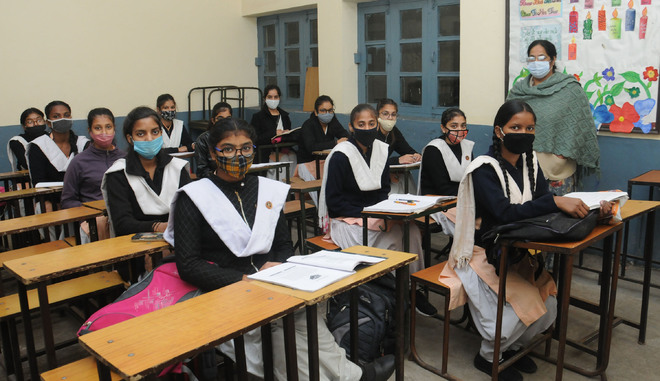 The lecturers need to score minimum 33% marks to pass the test. file

Around 3,000 teachers of government schools have given a statewide agitation call (November 26) to oppose the departmental test being conducted by the School Education Department on December 12.

While the department said the test was mandatory for all teachers who were promoted to the post of lecturer in the last three years, the irate teachers termed the decision unjust and an insult to them.

The newly formed Union of Lecturers’ Promoted (after 2018), said they were promoted after many years of service and on the basis of their qualification. “Now, taking a written test after 2 to 3 years of promotion is tantamount to insult,” said the union members.

In the departmental test, lecturers of 13 subjects (science, commerce and humanities stream) need to score minimum 33 per cent in his/her subject. Other than the passing the subject, every teacher has to take the computer proficiency test and score 33 per cent.

In this 90-minute test, every promoted lecturer has to answer 75 multiple choice questions, which include 50 questions of the subject and 25 questions of computer proficiency. The department has also provided the syllabus of all 13 subjects and computer proficiency test. The questions will be of graduation level. As per the policy of the department, these departmental tests would be conducted twice a year and a teacher can avail four chances to clear the tests. The departmental test was being conducted on the basis of a notification, dated May 21, 2018, made by the state government for the purpose of regulating the recruitment and conditions of service of persons appointed to the Punjab Educational (Teaching Cadre) Group C service. — TNS