Bawa, known for her long ‘hek’, was not keeping good health and died at an Amritsar hospital 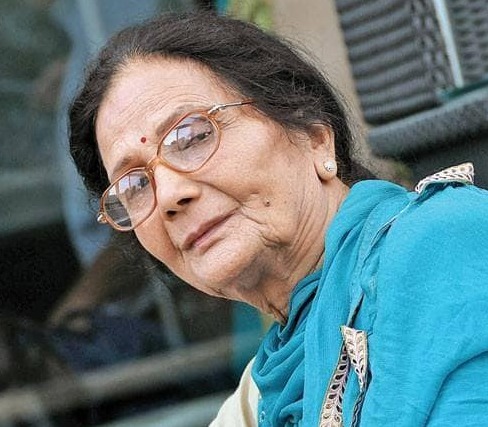 She had not been keeping well for some time. Her health deteriorated recently and she was admitted to a private hospital here where she died on Sunday morning.

Bawa was known for her long ‘hek’ that she could hold for about 45 seconds. She was one of the singers known for singing ‘Jugni’ after Alam Lohar and was the first Punjabi female singer to sing on Doordarshan.

Shocked and saddened to hear the news of Gurmeet Bawa Ji’s demise. Her contribution to Punjabi folk music is indelible. My sincere condolences, thoughts & prayers are with her family. pic.twitter.com/y2pj3gjBd5

Deeply saddened to know about the passing away of veteran singer Gurmeet Bawa Ji. The Shiromani Gayika awardee will always be remembered for glorifying Punjabi folk on int'l platforms. Legends never die, they continue to live in their works. My sincere condolences to her family. pic.twitter.com/ymQuSY06IQ

People from music and art background mourned her passing away.

The cremation will take place on Monday.

Her body has been kept at her house on Fatehgarh Churriyan road here. For the past four days, she had been admitted to a private hospital. Her body was brought home from the hospital on Sunday morning.

She is survived by her younger daughter Glory, also a folk singer, youngest daughter Mishri, who is mentally challenged, and husband Kirpal Singh, who retired as a government teacher and is an authority on Persian literature.

A decorated folk singer, she was considered the nightingale of Punjabi folk singing and was bracketed with legends of yore Parkash Kaur and Surinder Kaur. She had also received the presidential citation.

According to family and friends, she had pined away after her elder daughter Lachi Bawa died of cancer in February 2020. Lachi, also a folk singer, was pursuing doctorate in Sufi singing. Gurmeet had not been keeping well since and had attended a meeting at Virsa Vihar in September where the assembled artiste fraternity had found her pale and weak.