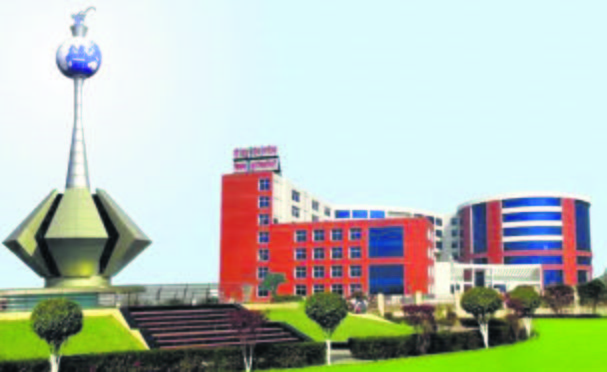 Sri Guru Granth Sahib (SGGS) World University recently issued termination notices to eight teaching and 16 non-teaching employees, including security staff and workshop superintendent. Now, the employees, who have served for eight to 10 years, have urged the SGPC president not to defame the university.

The university is facing a financial crunch due to non-release of the Rs 15 cr SC scholarship grant by the government for several years. Dr Pritpal Singh, VC

“Instead of terminating our services, efforts should be made to improve the financial and administrative management of the university,” they added.

Notably, this is the only university in the name of Sri Guru Granth Sahib set up by the SGPC at Fatehgarh Sahib in 2011. Former Chief Minister Parkash Singh Badal and his son Sukhbir Singh Badal are the trustees of the university, whereas SGPC president Harjinder Singh Dhami is the Chancellor.

The employees also met Dhami in this regard but to no avail. In the meantime, the non-teaching staff got an interim stay from the Punjab and Haryana High Court.

Meanwhile, Prof Partap Singh, president, teachers’ union, said most of the employees were already over 40 years and had become ineligible for any new posting. He said they had put in all their energy towards the growth of the university and had taken it to great heights. “Now, the failure of the university is due to the poor financial management and the employees are nowhere responsible for it. In fact, they have been working without salary for the past nine months,” Prof Singh added.

The assistant professors, who have been served notices, said the Vice Chancellor was the head of the chemistry department, which had less than 10 students in BSc and MSc. “Also, there are many other departments where student strength is less than 10. Why they have been spared?”

They said if there was such an acute financial crunch then why the Pro-VC had been appointed, who comes thrice a week and draws a hefty salary of Rs 1.5 lakh per month plus travelling allowance and residential accommodation.