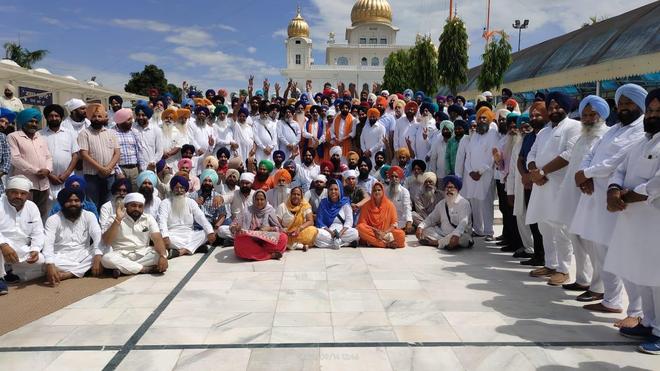 Supporters of Didar Singh Bhatti, who has been working as SAD halka incharge in the Fatehgarh Sahib constituency for the past 10 years, have been thronging his residence to express solidarity with him as he failed to make the cut in the list of candidates declared by the party yesterday.

Bhatti’s confidants Rajbir Grewal and Surjit Singh Sahi said it was unfortunate the party did not took him in confidence before deciding the ticket. The former MLA had been touring the constituency for the past two months and holding party functions, expecting a ticket. Grewal said party workers were upset and were mulling over the future course of action.

SAD senior vice-president Karnail Singh Panjoli also expressed his anguish over denial of ticket to Bhatti. “His supporters are disappointed and if the party fails to persuade him it can affect the party’s prospects. I will brief party chief Sukhbir Singh Badal on the issue.” — OC