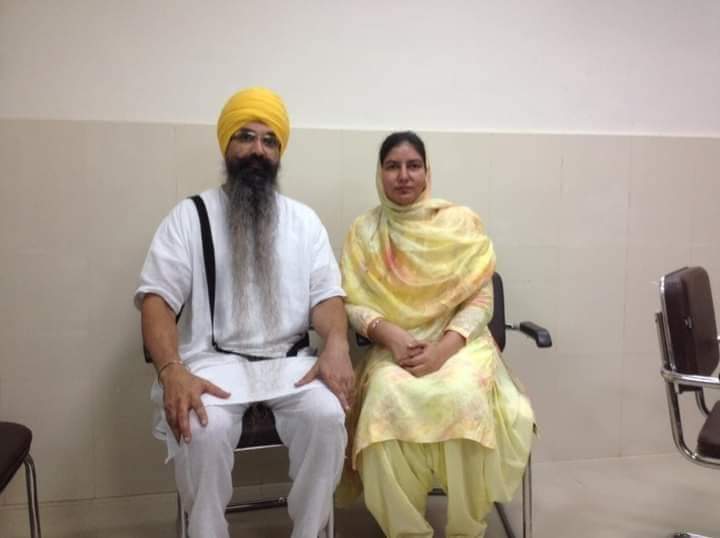 They (Akalis) wanted us to support any candidate belonging to the ‘Bandi Singhs’. We told them that Simranjit Mann too had been a ‘Bandi Singh’, but they picked Kamaldeep Kaur. — Gopal Sidhu, SAD (Amritsar) Spokesperson

The SAD has apparently veered towards radical Sikh groups after its worst-ever performance in the Assembly elections, winning only three seats. For the first time, Sukhbir Badal visited Akali Dal (Amritsar) president Simranjit Singh Mann at the latter’s house in Sangrur on Friday, proposing that a relative of one of the ‘Bandi Singhs (Sikh detainees)’ be fielded as a ‘consensus candidate’ against AAP’s Gurmail Singh. Meetings were subsequently held in Amritsar and a list of Sikh prisoners, among them Rajoana, prepared.

It is clear the Akalis, fearing a poor show in the Sangrur bypoll, are looking to revive the party by reaching out to Sikh radicals. Gopal Sidhu, a spokesperson for the Akali Dal (Amritsar), recalled that Parkash Singh Badal too had visited Mann’s house after he won the Lok Sabha poll with a huge margin.

“Sukhbir did not want to support Simranjit Mann’s candidature. They wanted us to support any candidate belonging to the ‘Bandi Singhs’. We told them that Simranjit too had been a ‘Bandi Singh’, fighting for the rights of the community. But the Akalis picked Kamaldeep Kaur, the sister of slain militant Harpinder Goldy,” Sidhu said.

Jaspal Singh Manjhpur, who has been fighting for the release of the Sikh detainees, dubbed the Akalis as opportunists. “They remember Sikh issues only when out of power. When they were in power, they would cite legal hurdles in the release of these prisoners,” he said.

“The Akalis have lost the plot. The party seems to have forgotten it stood for Punjab, Punjabi and Punjabiat and not Panthic agenda,” observed Jagtar Singh, an expert on Akali politics. Disagreeing, Dr Daljeet Singh Cheema, SAD spokesperson, said the party had always pursued the issue of Sikh prisoners.

“Rajoana’s hanging was ‘prevented’ because of our efforts when we were in power. The SAD is the only party which has held parleys with the Centre and various state governments in this regard. That is why Rajoana’s sister will contest on our party ticket,” Cheema added.