Shrivelled grain norms in Punjab may be relaxed district-wise 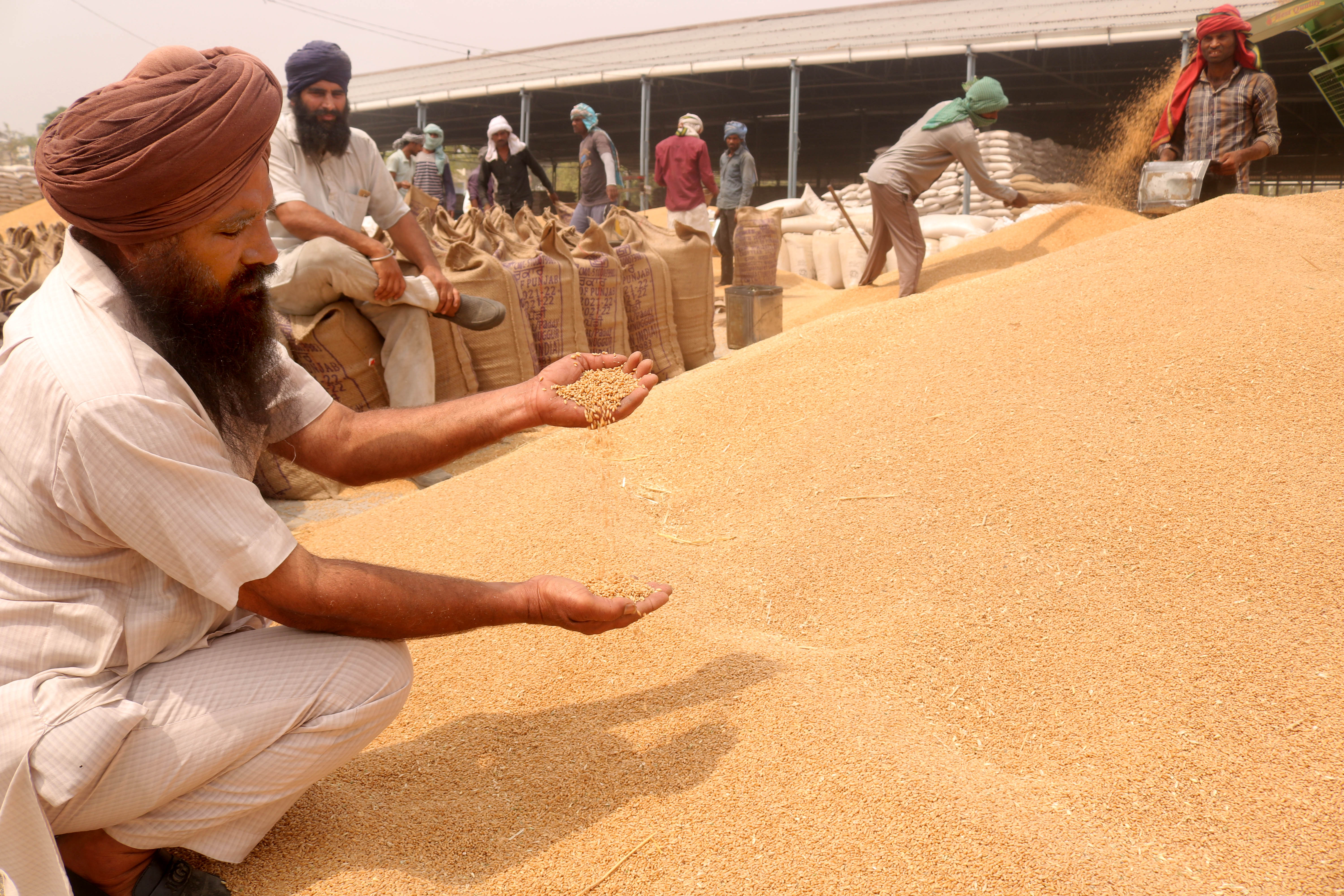 A farmer inspects wheat at a grain market in Patiala. File

In the wake of intense heatwave, the Centre is likely to give district-wise relaxations for the shrivelled and shrunken wheat grains produced in Punjab.

Official sources say though the FCI had lifted the grains it procured directly, the relaxations from the Ministry of Consumer Affairs, Public Distribution and Food were still awaited. The grains in at least seven districts of the state are more damaged than the prescribed specification limit of 6% for accepting the shrunken and shrivelled grains.

Five teams from the Centre had visited Punjab for the second time last week to assess the damage to the grains. They collected 500 samples this time.

Official sources say they found that the maximum damage to the grains was in Bathinda, Mansa, Patiala, Fatehgarh Sahib, Malerkotla, Sangrur and Barnala. There was no damage to grains in Amritsar and Tarn Taran and little in Gurdaspur and Pathankot. “Thus, district-wise relaxations may be announced,” said a senior officer.