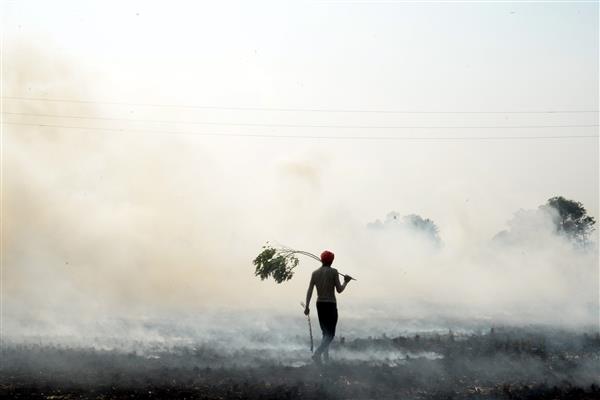 Punjab Agriculture Minister Kuldeep Singh Dhaliwal on Sunday said 56,000 machines will be distributed to farmers for managing paddy stubble, asserting that the state government would take every possible step to stop stubble burning in the upcoming paddy harvesting season.

Addressing the media here, Dhaliwal said the agriculture department will distribute 56,000 machines under the in-situ management of stubble scheme this season, taking the total tally of machines to 1,46,422.

Dhaliwal further said now small farmers would also get machines like super seeder, happy seeder, zero drill as 500 such equipment will be sent to 154 blocks of the state.

He said after September 15, from class-IV to director rank officer of the agriculture department including himself, will stay in the fields and visit door to door to sensitize farmers against stubble burning.

A massive awareness drive would be launched in the rural belt of Punjab in coming days comprising officials of the rural development and panchayat, and environment departments, NGOs, students of schools and colleges and others to exhort farmers for adopting in-situ crop residue management (mixing crop residue in soil) wholeheartedly to manage the stubble.

He solicited support of farmers to wipe out the menace of stubble burning.

Paddy straw burning in Punjab and Haryana is one of the reasons behind the alarming spike in air pollution levels in the national capital in October and November.

Farmers set their fields on fire to quickly clear off the crop residue before cultivating wheat and potato.  Punjab generates around 185 lakh tonne of paddy straw annually.

The minister slammed the Centre for turning down a cash incentive proposal to farmers for not burning stubble and called it “anti-farmer and anti-Punjab.” The state government had proposed to give Rs 2,500 per acre to paddy growers suggesting that the Centre would pay Rs 1,500 per acre while Rs 1,000 per acre will be borne by Punjab and Delhi governments.

Hitting out at the previous governments, Singh said several farmers failed to get the benefit of the subsidy on agricultural implements and a scam of Rs 150 crore had surfaced.

The Punjab government had earlier said that it had initiated a probe into the Rs 150 crore scam in the distribution of crop residue management machines to farmers during the previous government.