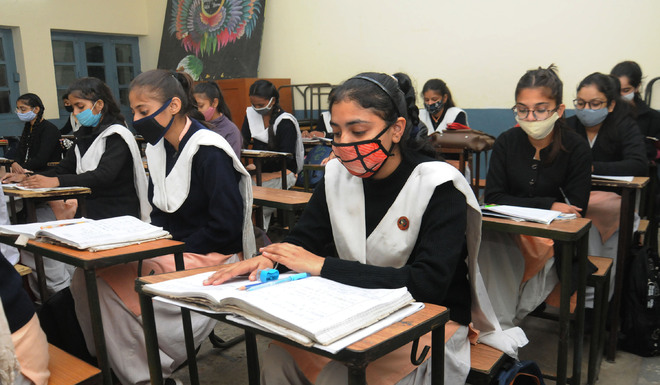 In a bid to keep pace with changing times, Chief Minister Capt Amarinder Singh on Thursday emphasised the need to offer an opportunity to students desirous of learning foreign languages as optional subjects in government schools.

In his address, the Chief Minister asked the School Education Department to work out modalities to enable the students learn foreign languages like Chinese, Arabic and French as these could be instrumental in improving their chances of employability across the globe. He said though Punjabi was our mother tongue and English was already being taught in schools, the additional knowledge of foreign languages would help students excel in their careers.

Sharing his experience about our people’s resilience and spirit to do something new, Capt Amarinder Singh said long back while travelling in Kapurthala district, he noticed a placard in a rural area which pointed towards a location where Italian language was taught. He said this incident revealed that people, especially the youth, were keen to learn foreign languages to settle abroad and such an initiative of the department would help the students cherish their aspirations.

Underlining the need to motivate students to take up sports as a character-building exercise, the Chief Minister also directed the School Education Minister to explore the possibility of developing playgrounds in schools. Referring to a famous quote, “The battle of Waterloo was won on the playing fields of Eton”, Capt Amarinder said it was popularly ascribed to the generals who spearheaded the command of the famous battles and were trained in the playgrounds of Eton in the UK during their early school days.

While congratulating the teachers and staff for making Punjab no.1 in the Performance Grading Index-2019-20 released by the Government of India, the Chief Minister said it was a matter of pride that Punjab had achieved this rare feat, which was the outcome of its collective efforts coupled with hard work, dedication and sincerity