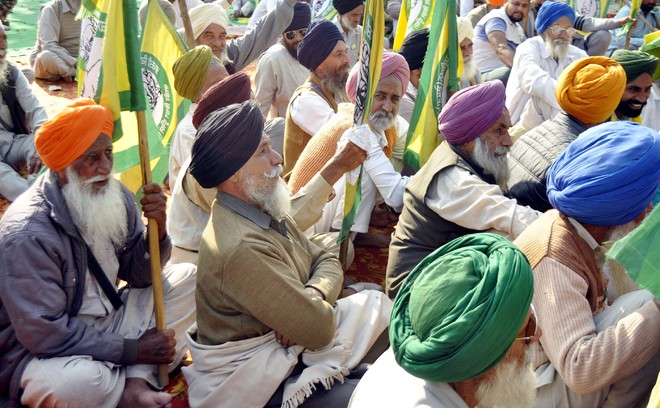 Farmers protest against the state government in Patiala. Rajesh Sachar

Responding to a call given by the central trade unions for a nationwide strike on November 26 against the economic policies of the Union Government, the Joint Council of Trade Unions has given a call for ‘Punjab Bandh’ on that day to express solidarity with working classes and economically stressed farmers, retail traders and the industry.

Functionaries of the Indian National Trade Union Congress, All-India Trade Union Congress, Centre of Indian Trade Unions and Centre of Trade Unions, Punjab, have said people in general and the farmers, small traders and workers in particular were suffering due to the adverse effects of policies like demonetisation, GST regime and the poorly implemented lockdown. Trade union leaders alleged the NDA government had failed to provide any tangible relief to traders, migrant workers, farmers and the industry, while it announced huge relief packaged for the corporate sector and defaulters.

They further alleged that the situation in Punjab had taken a turn for the worse due to the adamant attitude of the Centre over the resumption of goods trains. The trade union leaders said now was the time for all economically vulnerable sections to unite and wage a battle against wrong policies of the government. — OC