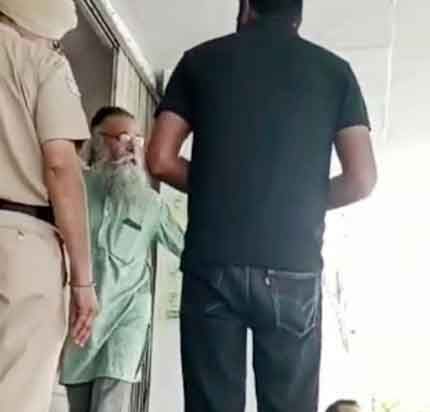 A video of Punjabi University Vice-Chancellor Professor Arvind and faculty members having heated arguments has gone viral. In the video, the VC can be heard suggesting the teachers to say, “Vice-Chancellor nu bhajauna hai, apne kamma utte parda pauna ai. Eh hai haqiqat” (Scare away the VC, to cover up your lapses. This is the reality).

While talking to The Tribune, Professor Arvind said, “They were saying ‘VC nu bhajauna hai’ (Do away with the VC). I asked them to express their real intention. I am no one to stop a protest, but professors should not violate protocol and use such language.”

A faculty member, who was part of the protest, said, “We have not done anything wrong. Those who did should face the music.” Meanwhile, the university has been rocked by allegations of misuse of funds and recruitment process. Recently, a scam of Rs 14 crore was unearthed, wherein the UGC grant was allegedly transferred to some bank accounts.