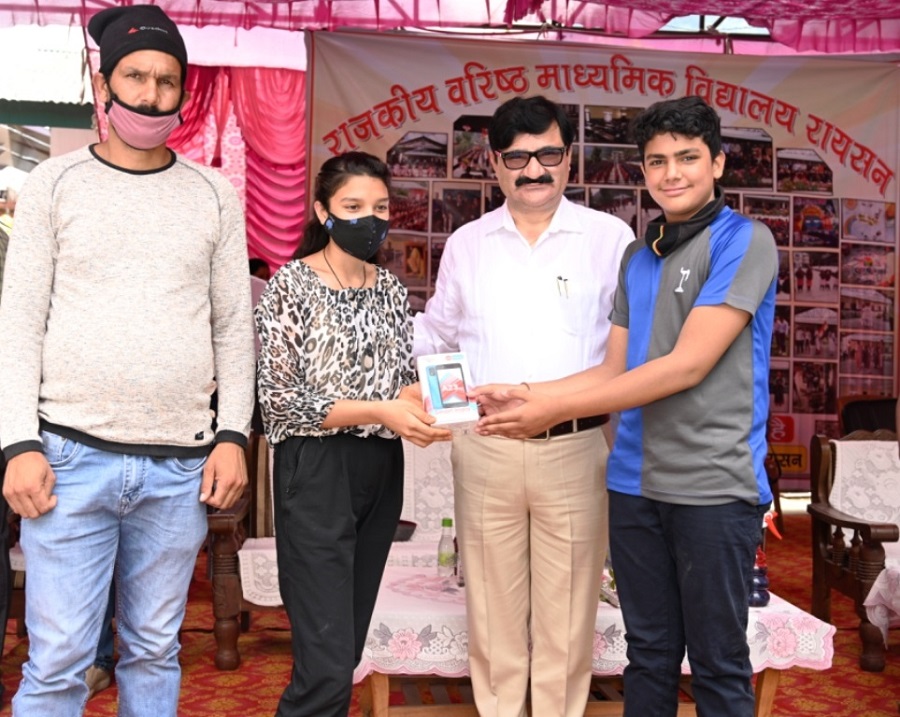 Education Minister Govind Singh Thakur distributed free smartphones to 30 students in Government Senior Secondary School, Raison, at Manali subdivision of this district today. Under the ‘Digital Saathi – Bacchon Ka Sahara – Phone Hamara’ scheme the government was providing smartphones to the children belonging to the poor families so that they could attend classes online.

The minister said that the main objective of this campaign was to provide smartphones to the underprivileged and needy children studying in schools so that they could continue their studies through online medium. As many as 20 smart phones were donated by Adhvan Suri, son of local businessman Munir Suri, five by School Management Committee and five by the school staff. He said that social organizations and businessmen of the district were also coming forward for this noble deed.

The minister appealed to affluent sections of the society to extend their cooperation so that no student lagged behind in studies due to lack of smartphone. He expressed his gratitude to all the donors and appealed to others to come forward to help the needy students. He presented a memento to Adhvan Suri.

Earlier, the Principal of the school, Lalit Mohan Sharma welcomed the chief guest and honoured him by presenting him a cap, a muffler and a memento. He gave detailed information about the smartphone distribution program organized by the school administration along with the development works being done for the all-round development of the children.

The principal said that free smartphones were distributed to 25 students of the school last year by the local resident and social worker Manav Khullar through the school administration.