Choosing the right trees for a changing climate 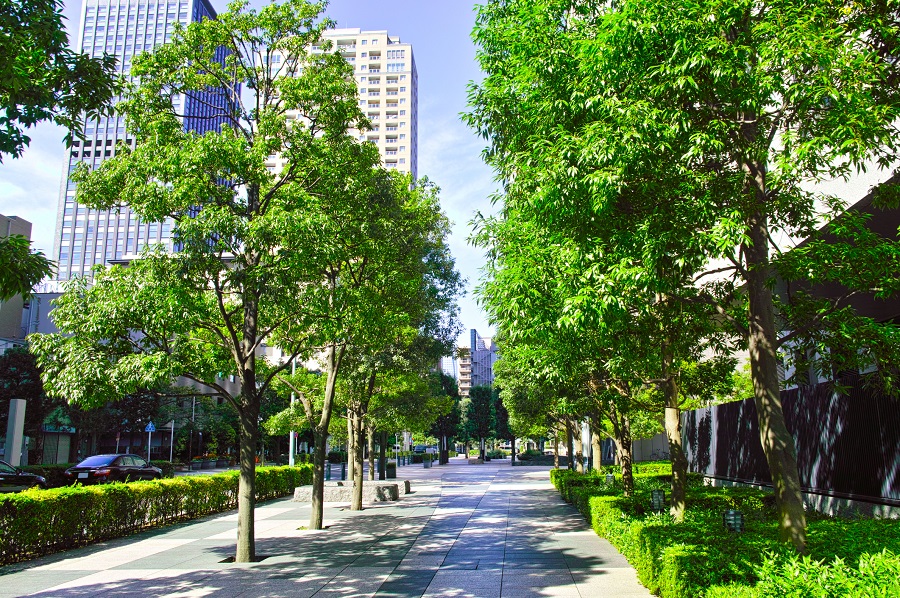 Just as climate change has damaged over 10 million hectares of forests in the Canadian province of British Columbia, it is killing trees in cities too.

In urban environments, trees are threatened by heatwaves and lack of rain, both predicted to increase in coming decades. Towns and cities are often home to a great diversity of trees, including those with a high tolerance of climate extremes, but species' selection criteria and climate-risk assessments are poorly documented. Tree selection and planning are important.

Urban forests are made up of trees, shrubs and other plants grown in streetscapes, parks and greenways, as well as already existing native vegetation. They benefit humans by reducing heat, absorbing air pollution, providing homes for wildlife, and improving health.

These forests surround built environments, such as concrete structures, streets, pedestrian walkways and bike paths, all of which amplify the effects of climate warming. People also enjoy looking at trees, which is important. Access to these green spaces enhances our connections with nature and improves mental health, particularly during pandemic lockdowns.

Although urban forests are affected by climate change, they are also critical in making our cities liveable and resilient to climate change. For example, planting and preserving trees, particularly large ones, can help reduce urban heat by shading buildings and pavements, providing natural cooling and reducing energy use. Urban trees also help via transpiration — the evaporation of water that is released to the air through plant leaves — resulting in localised cooling.

Many cities around the world are now building resilience through urban greening, as governments and communities gain a better understanding of the changing climate. However, climate projections have not been readily accessible or widely used in urban landscape planning. Increases in tree canopy cover need to be planned decades in advance due to their slow growth.

But so far, local government decisions are more often based on what's been historically planted, which may no longer suit — contributing to the failures of urban species in extreme climate conditions today. For example, more than half (53 percent) of 1,342 tree species currently growing in 22 Australian cities are vulnerable to high temperatures and low rainfall in at least one city where they are planted.

The lack of data on the environmental tolerance of urban plants exacerbates uncertainties around decision-making. Councils and municipalities do not keep consistent records of failure rates of new or established trees. Anecdotal knowledge is instead shared by staff, contractors and community members, but has limited applicability to areas outside the specific municipality and is not publicly available.

Urban forests are typically closely stewarded and managed — including by watering through periods of drought — combatting some of the negative effects of climate change. This can help some tree species to survive in regions where they would not naturally occur. However, irrigation is not a sustainable solution in many places due to globally increasing water shortages.

We need to choose the right trees for the right location. Identifying and quantifying what leads to poor growth or death can optimise resources and minimise financial losses for local governments and residents. To maintain sustainable urban forests in a changing climate, it will be necessary to improve our knowledge of urban plants' heat and drought tolerance, along with efficient maintenance of urban plantings and detailed monitoring through time.

The trees left to protect the hotter cities of the future will depend on the planning actions we make today. (360info.org)