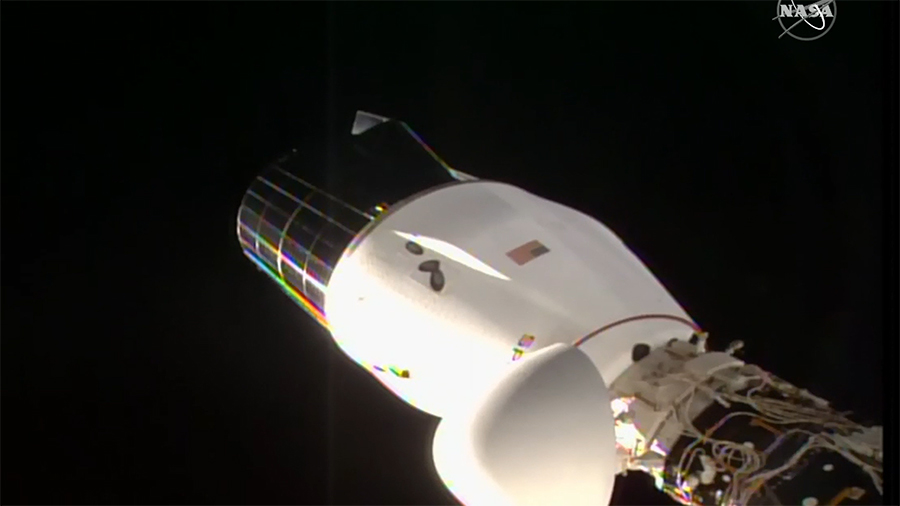 An upgraded SpaceX cargo Dragon spacecraft has successfully undocked from the International Space Station (ISS), heading for splashdown on Earth on Thursday morning with key science experiments, including mice.

It is the first undocking of a US commercial cargo craft from the International Docking Adapter on the station's space-facing port of the Harmony module.

"Dragon will fire its thrusters to move a safe distance from the space station during the next 36 hours. Dragon will conduct a deorbit burn at 7:37 pm EST to begin its re-entry sequence into Earth's atmosphere," NASA said in a statement.

"Dragon was expected to splash down west of Tampa off the Florida coast about 8:27 pm EST (around 7 am India time on Thursday).

The upgraded cargo Dragon capsule used for this mission contains double the powered locker availability of previous capsules, allowing for a significant increase in the research that can be carried back to Earth.

Dragon was launched on December 6 on a SpaceX Falcon 9 rocket from Launch Complex 39A at NASA's Kennedy Space Center in Florida, arriving at the station just over 24 hours later and achieving the first autonomous docking of a US commercial cargo resupply spacecraft.

The spacecraft delivered more than 6,400 pounds of hardware, research investigations and crew supplies.

The space experiments include 'Cardinal Heart', which studies how changes in gravity affect cardiovascular cells at the cellular and tissue level using 3D engineered heart tissues, a type of tissue chip.

'Rodent Research-23' involves the return of live mice. This experiment studies the function of arteries, veins, and lymphatic structures in the eye and changes in the retina before and after spaceflight.

The aim is to clarify whether these changes impair visual function. IANS