The women alleged that they were retaliated against by "white managers" 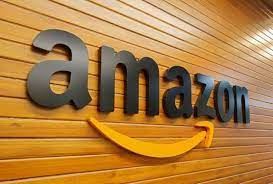 Amazon has been hit by separate discrimination and retaliation lawsuits filed by five women who worked at the e-commerce giant in corporate roles or in the warehouse management, the media reported.

The women, in their early 20s to mid-60s, alleged in the lawsuit filed in various US district courts that they were retaliated against by "white managers" for complaining internally about race, gender, or sexual harassment or discrimination that they experienced, ReCode reported on Wednesday.

Three of the women still work at Amazon while two have left the company.

"Women and employees of colour at all levels of Amazon have had their complaints of harassment and discrimination brushed under the rug," said Wigdor LLP partners Lawrence M. Pearson and Jeanne M. Christensen representing Charlotte Newmana Black Amazon manager.

Pearl Thomas, one of the plaintiffs who is a 64-year-old Black woman, alleged in the lawsuit that she was placed on a "performance improvement plan after complaining about her boss's racist remarks".

An Amazon spokesperson said that the company is conducting thorough investigations for each of these unrelated cases.

"We have found no evidence to support the allegations. Amazon works hard to foster a diverse, equitable, and inclusive culture. We do not tolerate discrimination or harassment in any form, and employees are encouraged to raise concerns to any member of management or through an anonymous ethics hotline with no risk of retaliation," the spokesperson was quoted as saying.

Amazon shareholders will vote next week on a proposal from a New York pension fund calling for an independent audit "to assess the company's policies and practices on civil rights, equity, diversity, and inclusion." --IANS