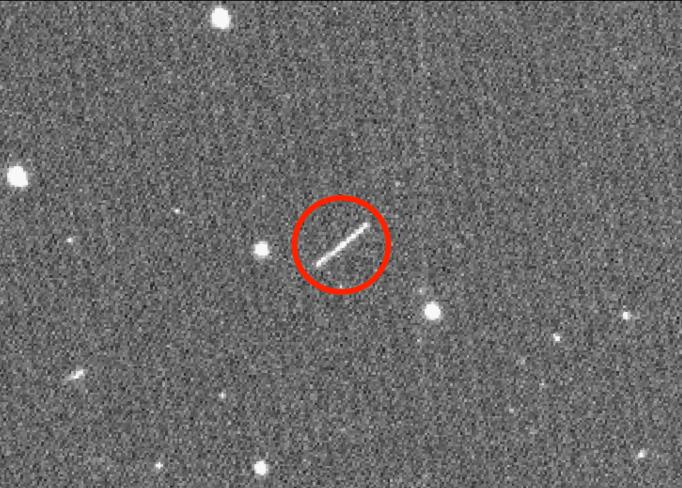 A car-sized asteroid flew past our home planet over the weekend, in the closest flyby of such space rocks on record and scientists hardly had any information about it until it departed.

The asteroid passed 2,950 kilometres above the southern Indian Ocean on Sunday at 12.08 am EDT (9.38 pm India time), NASA said on Tuesday.

The vast majority of Near Earth Asteroids, or NEAs pass by safely at much greater distances--usually much farther away than the Moon.

The first image of this record-setting space rock, asteroid 2020 QG, was taken by a NASA-funded facility six hours after the closest point of approach as the asteroid was heading away from Earth.

By some estimates, there are hundreds of millions of small asteroids the size of 2020 QG, but they are extremely hard to discover until they get very close to Earth.

"It's really cool to see a small asteroid come by this close, because we can see the Earth's gravity dramatically bend its trajectory," said Paul Chodas, Director of the Center for Near-Earth Object Studies (CNEOS) at NASA's Jet Propulsion Laboratory in Southern California.

"Our calculations show that this asteroid got turned by 45 degrees or so as it swung by our planet." Zipping along at almost 12.3 kilometres per second 2020 QG was first recorded as just a long streak in a wide-field camera image taken by the Zwicky Transient Facility, a sky-scanning survey telescope funded by the US National Science Foundation and NASA, Chodas noted.

The facility is based at California Institute of Technology's Palomar Observatory in San Diego County.

While asteroid 2020 QG entered the record books as the closest known non-impacting asteroid, many very small asteroids impact our planet every year and only a few have actually been detected in space a few hours before impacting Earth.

On average, an asteroid the size of 2020 QG passes this closely only a few times a year, NASA said.

If asteroid 2020 QG had actually been on an impact trajectory, it would likely have become a fireball as it broke up in Earth's atmosphere.--IANS