After dad’s death, Indian bowler Siraj to stay in Oz 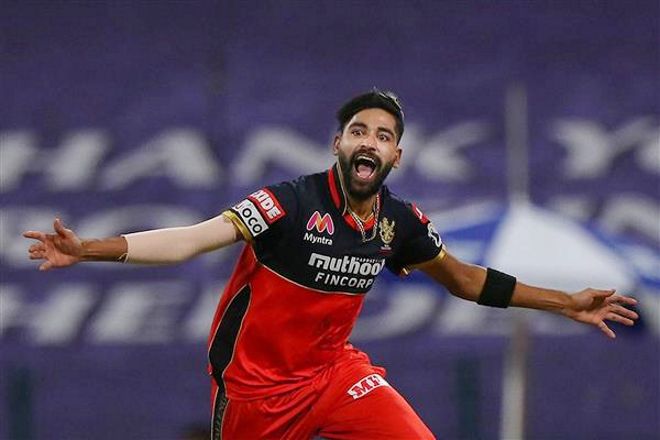 Indian pace bowler Mohammed Siraj has decided to stay on with the national team in Australia to be available for national duty after the death of his father.

Siraj's father Ghouse, who had been an autorickshaw driver, died on Friday at age 53. He was suffering from a lung ailment.

The Indian cricket board gave Siraj the option of flying back to India to be with his grieving family. However, the Hyderabad cricketer decided to stay in Australia. The Indian squad is going through a mandatory 14-day quarantine in Sydney. Had Siraj opted to fly to India and then back to Australia, he would have had to undergo another 14-day quarantine in Australia, according to government rules.