Djokovic played exhibition matches he organised in Serbia and Croatia 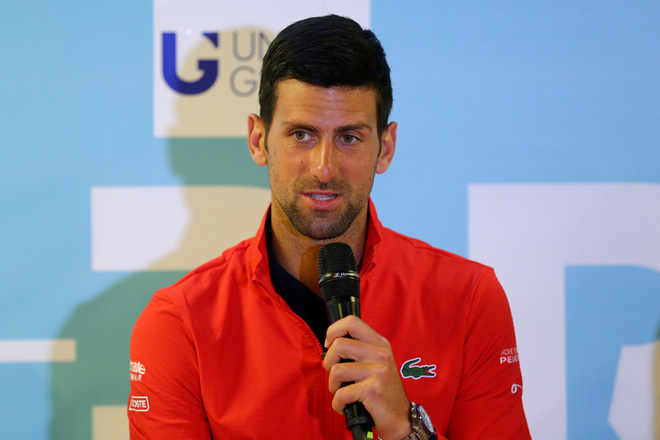 World’s No. 1 tennis player Novak Djokovic today announced he and his wife have Covid-19 after he played in a series of exhibition matches he organised in Serbia and Croatia with zero social distancing amid the pandemic.

Raising questions about the full-fledged return of tennis, including the US Open, planned for August, Djokovic is the fourth player to test positive for the virus after participating in the matches held in Belgrade in Serbia and Zadar in Croatia.

The other players in action were three-time Grand Slam semifinalist Grigor Dimitrov, Borna Coric and Viktor Troicki. “Unfortunately, this virus is still present, and it is a new reality that we are still learning to cope and live with. I am hoping things will ease with time so we can all resume lives the way they were,” Djokovic, winner of 17 Grand Slam titles, said in a statement released Tuesday.

“I am extremely sorry for each individual case of infection. I hope that it will not complicate anyone’s health situation and that everyone will be fine,” he said. In April, Djokovic was criticised for saying he would not want to take a vaccine for the virus in order to be able to compete, even if it were mandatory for travel.

In May, when he was staying in Spain, Djokovic broke local lockdown rules by practising at a tennis club about a week before it was allowed. — PTI