Paceman Bumrah could miss Brisbane Test due to abdominal injury 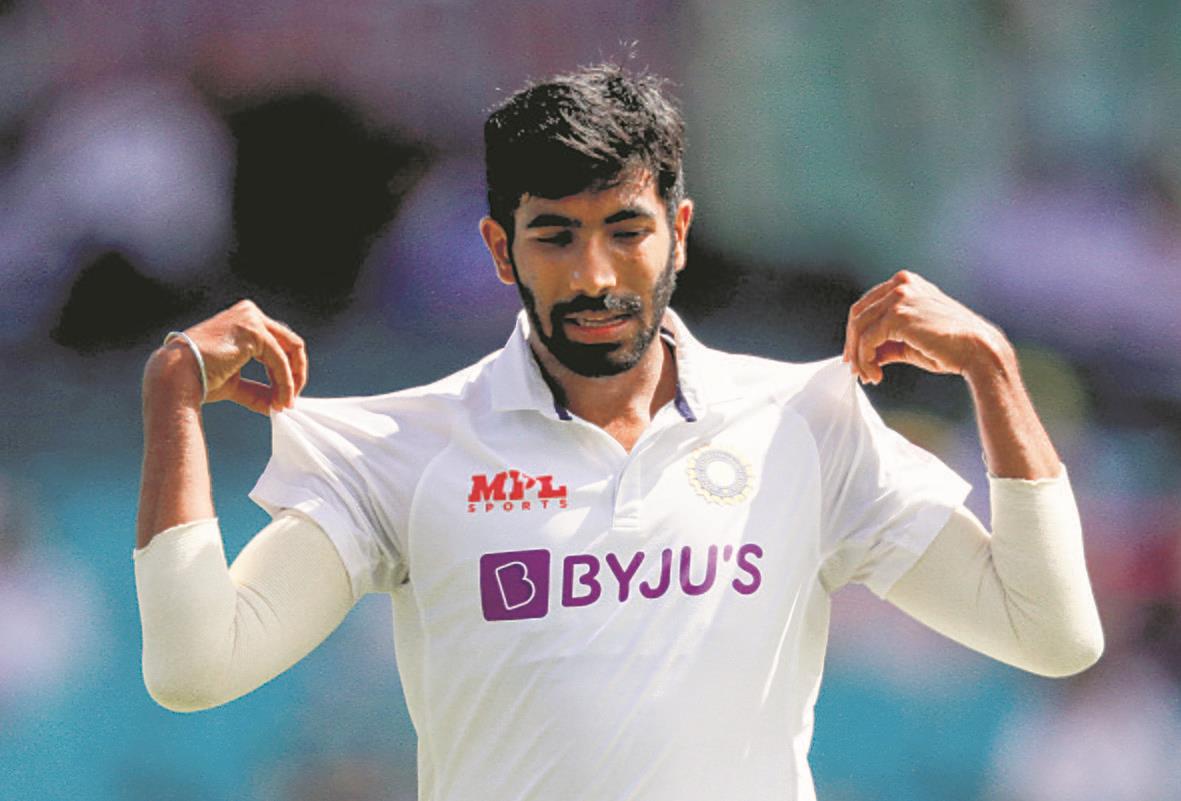 Jasprit Bumrah bowled for 25 overs in Australia’s second innings, but he seemed to be in discomfort, clutching his abdomen several times. AP/PTIi

Every time it seemed that India’s tour of Australia couldn’t get tougher, it actually did get tougher — after Hanuma Vihari and Ravichandran Ashwin battled injuries and pain to save the third Test match, it has emerged that lead pace bowler Jasprit Bumrah is likely to miss the fourth Test, which begins in Brisbane on January 15.

With so many players down with injuries, a few having missed the tour to Australia due to injuries picked up in the IPL, and skipper Virat Kohli on paternity leave, the national team is more like an India A squad.

Bumrah bowled heroically for 25 overs out of a total of 87 overs India bowled in Australia’s second innings, but he seemed to be in discomfort, clutching his abdomen several times. He went off for treatment too, but returned to take charge of bowling.

Bumrah had been rested for the T20Is on the tour, but he has played in all of India’s games after that — three ODIs and three Tests. He has 117.4 overs in six innings in the Tests, more than any other fast bowler from either side.

In case Bumrah is unable to play in the decisive fourth Test, Mohammed Siraj, who has played only two Tests so far, will lead the fast bowling attack. Navdeep Saini will share the new ball with him, while T Natarajan or Shardul Thakur would come in as the third pacer.

Ashwin played through the final day of the Sydney Test with a “tweak” in his back, and if he misses the Brisbane Test, too, left-arm wrist-spinner Kuldeep Yadav could be called in. Allrounder Washington Sundar too could be in reckoning for a spot in the XI. — Agencies

If Jasprit Bumrah doesn’t play in the fourth and final Test, India’s pace department could at best have a combined Test experience of four matches as compared to Australia’s 150!

In Bumrah’s absence, the Indian team would feature Mohammed Siraj, who has played just two Tests, Navdeep Saini, who has played one match, and Shardul Thakur, who has also played just one Test. In case India include uncapped T Natarajan instead of either Saini or Shardul, the experience will drop to just three Tests.

The Indian team already has a depleted look following injuries to Mohammed Shami and Umesh Yadav, both of whom got injured after the first and the second Tests, respectively.

Experienced pace bowler Ishant Sharma, who has toured Australia four times, missed the tour as was recuperating from an abdominal tear. He is fit and playing for Delhi in the Syed Mushtaq Ali T20 tournament, the Covid-19 restrictions prevented replacements to be sent to Australia.

The combined experience of Mitchell Starc, Pat Cummins and Josh Hazlewood adds up to 147 Tests. With pace-bowling all-rounder Cameron Green’s three-Test experience, it comes to 150.

Sydney: Australia’s Steve Smith has denied trying to erase Rishabh Pant’s guard in the batting crease during the third Test against India on Monday, saying he had been marking centre as he always does. Video footage from the stump camera of Smith dragging his boot across the crease on a tense final day of the match went viral on social media and some former players, including Virender Sehwag, accused him of gamesmanship at best, cheating at worst. Smith told News Corp today that he was “shocked and disappointed” by suggestions he had tried to gain an unfair advantage. “It’s something I do in games to visualise where we are bowling, how the batter is playing our bowlers and then out of habit I always mark centre,” he added.

Skipper Tim Paine said Smith, who was stripped of the Australian captaincy and banned for a year in 2018 for his part in the Newlands ball-tampering scandal, had merely been indulging one of his many idiosyncrasies. “If you’ve watched Steve Smith play Test cricket, that’s something that he does every single game five or six times a day,” Paine said. “He was certainly not changing (Pant’s) guard and if he was that’s something that the Indians would have kicked up a bit stink about at the time,” added Paine, who also apologised for his own conduct after sledging Ravichandran Ashwin. Reuters