Agarwal gets hit on hands in nets, Ashwin has back spasms 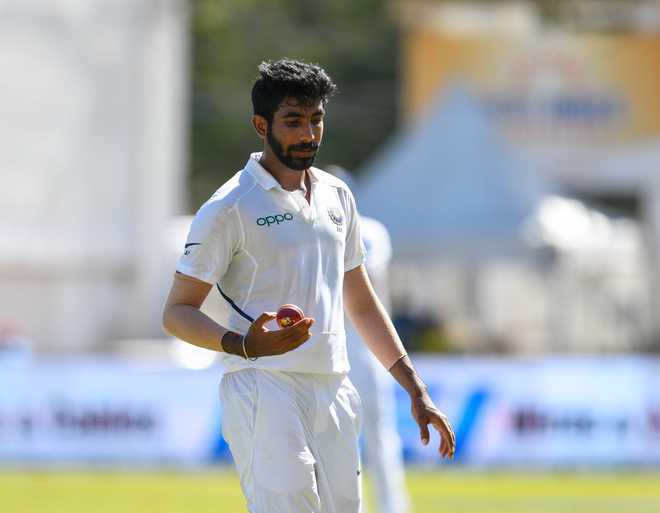 The injury-ravaged Indian team was dealt another telling blow on Tuesday as pace spearhead Jasprit Bumrah was ruled out of the fourth Test against Australia due to an abdominal strain.

If that wasn't enough, Mayank Agarwal - tipped to be Hanuma Vihari's replacement in the playing XI in Brisbane - has sustained a knock on the hands and it could be a hairline fracture.

To make matters worse, Ravichandran Ashwin's back spasms have aggravated after battling for three hours on the final day, leaving little options for India on the bench.

Bumrah, key to India's attack, sustained the strain during the drawn third Test in Sydney.

It has been learnt that Bumrah's scan reports showed a strain and the Indian team management does not want him to aggravate the injury, keeping in mind the upcoming four-Test series against England.

"Jasprit Bumrah suffered an abdominal strain while fielding in Sydney. He is going to sit out of the Brisbane Test but is expected to be available against England," a BCCI source told PTI.

While the Indian team management is heaving a sigh of relief that Bumrah hasn't sustained a tear but wants to be on the side of caution as playing in Brisbane and breaking down in the middle of the Test match could have an even more adverse effect on the team.

"If we take the risk of him playing at 50 per cent, what if the injury aggravates and he breaks down in the middle of the match and then ruled out for better part of England series?

"England is the last series which will decide the qualification for World Test Championship final and we are in contention and would require a fit Bumrah," the senior BCCI source added.

It is now expected that two-Test old Mohammed Siraj will be leading the Indian attack and will be joined by Navdeep Saini, Shardul Thakur and T Natarajan in the Brisbane Test, starting January 15.

Unless Bumrah is fielded at 30 per cent fitness, risking the entire England series, T Natarajan will make his debut.

The problem with Indian team is after injured KL Rahul's departure and Hanuma Vihari's grade 2 tear, there are no back-up middle-order batsman left in the reserves.

The only two available batsmen are two out-of-form openers in Prithvi Shaw and Mayank Agarwal.

It remains to be seen if India, knowing their depleted strength and long tail, decide to take the conservative route of playing four bowlers and six batsmen with Rishabh Pant as the wicketkeeper.

If Agarwal's scans reveal that it's a bruise and not a fracture, then it could well be Prithvi Shaw batting at number three, followed by Cheteshwar Pujara , Ajhinkya Rahane and Agarwal himself at number six.

If they go with five bowlers, then collective experience of pace attack will be three Test matches and 10 balls (Siraj-2, Saini-1, Shardul-10 balls on debut, Natarajan-yet to play). PTI