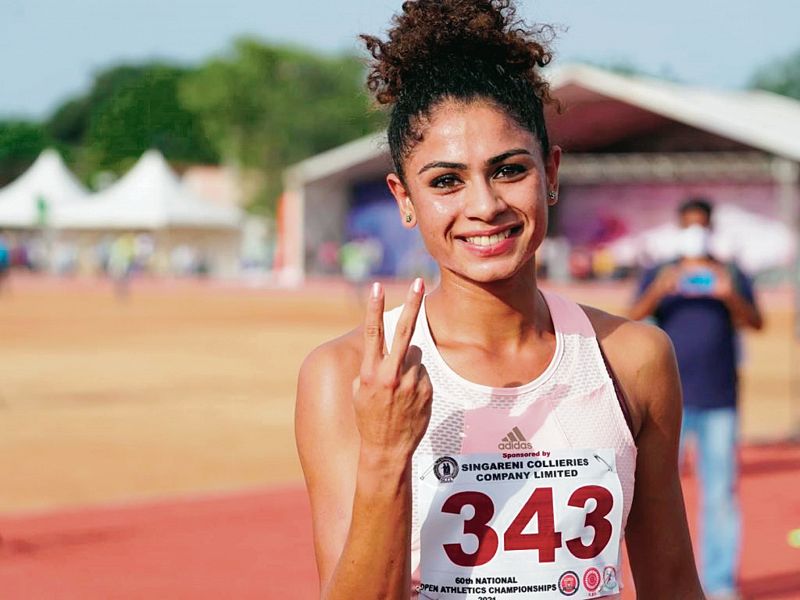 Punjab’s Harmilan Kaur Bains shattered the 19-year-old national record to win the 1500m title while Delhi teenager Taranjeet Kaur triumphed against all odds to emerge the fastest in the 100m dash of the 60th National Open Athletics Championships here today.

Delhi’s KM Chanda (4:18.24) shadowed Harmilan until the Punjab runner sped away at the bell to win by a sizable margin.

Undefeated in eight national-level races since January 2020, Harmilan has shown rapid progress, improving from 4:14.68 in the Khelo India University Games in Bhubaneshwar last year to 4:08.70 and 4:08.27 in the Federation Cup (March 16) and Indian Grand Prix 4 (June 21), respectively, in Patiala. On Thursday, she capped it off with a national mark.

Taranjeet also hogged the limelight winning the 100m with a personal best time of 11.50 seconds, two years after she was knocked down by a car and broke a collar bone.

Naresh Kumar won the men’s sprint in 10.30 seconds, the second fastest time by an Indian in 100m this year behind Gurindervir Singh’s 10.27 seconds in Patiala on June 26. It also gave the 23-year-old from Guntur a place among the five fastest sprinters in Indian history. — PTI