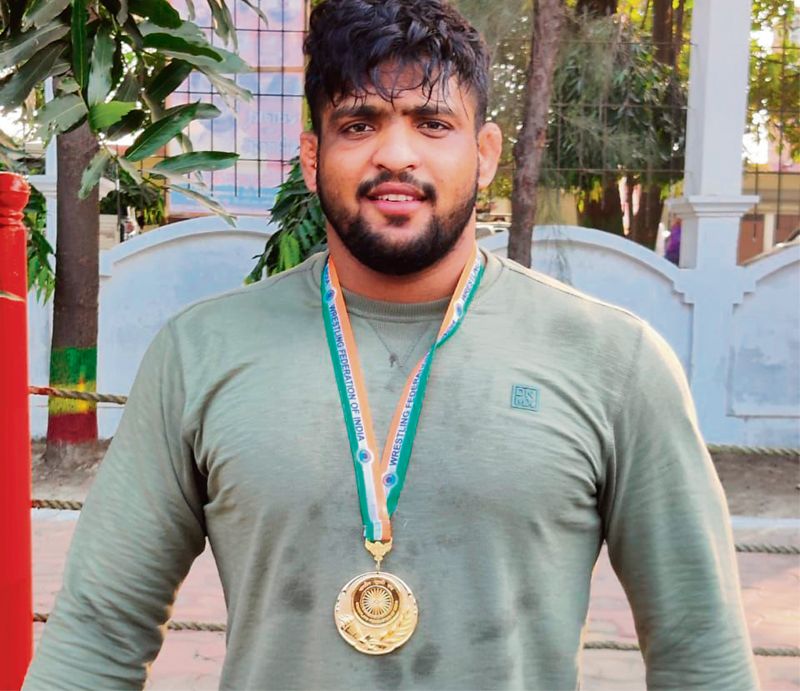 Shivraj Kaluram Rakshe is a long way away from reaching Maruti Mane’s status. After all, Rakshe has only started his journey in wrestling while Mane was a giant in his own right.

Mane won two medals at the 1962 Asian Games – gold in freestyle and silver in Greco-Roman in the 97kg weight class – and was the last from Maharashtra to represent India in the light-heavyweight category.Hind Kesari in 1964, Mane, who passed away in 2010, had been the flagbearer for wrestlers from Maharashtra in higher weight categories.

Maharashtra has produced internationals such as Kaka Pawar, Narsingh Yadav and Rahul Aware but the state’s wrestlers have been failing miserably in higher weight classes.

Maharashtra’s search for a top heavyweight ended at the National Championships early this month when 25-year-old Rakshe beat Haryana’s Mohit 3-1 to win the 125kg category gold. In the semifinal he beat Rohit 10-0 by technical superiority. These back-to-back wins over two Haryana boys not only put him in the spotlight, it also earned him a ticket to represent India at the Commonwealth Championships, scheduled to be held in Pretoria from December 3 to 5. This would be the first time when Rakshe will don the India colours.In the midst of preparations at Antarashtriya Kusti Sankul, former India international Kaka Pawar’s academy in Pune, Rakshe says he is looking forward to his debut. “I am very happy that I was able to do something about Kaka Pawarji’s dreams of winning in heavyweight category. I did not know that no one from our state has represented in the heavyweight category for so long. Now focus is to win medals and I’m preparing accordingly,” the 25-year-old told The Tribune.”My ustadji (Gobind Pawar) had a big role in what I have achieved. I just hope this is the start for a wonderful journey for me,” he added.Rakshe, who hails from Khed taluka near Pune, has been training at the academy for over a decade.

The only time he came anywhere near the national camp was way back in 2016 when a right knee ligament injury gave him a loss against Satywart Kadian. He was competing in the 97kg category then. It took him almost two years to recover from reconstruction surgery. Now he wants to make the most of his second chance.

Tough timesThough the bulk of his diet and supplement needs is taken care of, his earnings through dangals have stopped due to the Covid surge. It is a big hit for Rakshe, who is unemployed. “Money from dangals has stopped. It was handy for me. Thodi dikkat hoti hai per kya kar saktein hai (Things are tight but what can I do),” Rakshe said.

Rakshe’s father Kaluram Rakshe was a keen wrestler but was forced to quit due to lack of funds. Now he runs a small farm where he cultivates millet and jowar, besides running a small dairy, and wants to realise his dreams through his son.”I was left at the academy when I was very young. Despite being from a humble family, my father has always supported me. He dreams of seeing me fight at the Olympics and I will do everything to realise that,” Rakshe said.