Women's cricket should have come under BCCI earlier, feels Mithali

Says as a child she wanted to become an IAS officer 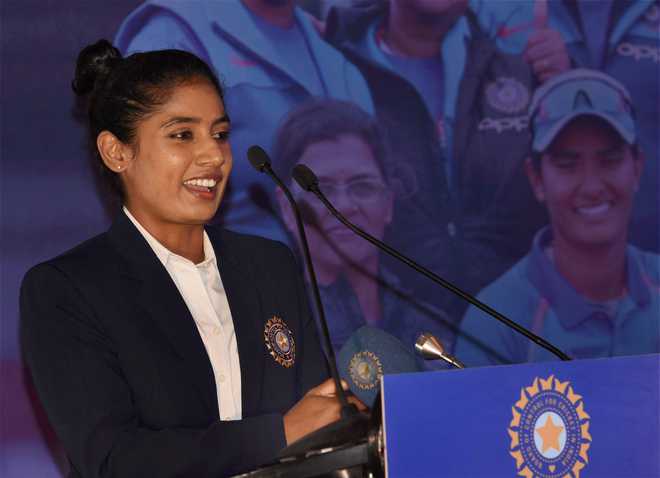 Women's cricket star Mithali Raj has said women's cricket in the country should have come under the Board of Control for Cricket in India (BCCI) earlier.

Mithali believes that this would have given more financial security to the players because of which many wouldn't have had to leave the sport at the age of 23 or 24.

Women's cricket was governed by the Women's Cricket Association of India until 2006 when it was merged with the BCCI. "I feel if it had happened 5 years before, it would have been better," Mithali said while speaking on Star Sports 1 Telugu show Girl Power-Sarileru Manakevvaru.

"Many talented players at that time, because of lack of money, lack of financial stability through this game, they had to shift to different fields. After turning 23-24, parents will ask what is next? So, being a women cricketer what can you tell parents? I don't earn money, I am playing for passion? Nobody will buy it.

"Because of that reason, a lot of talented people, they had to let go of their profession (cricket). So, at that time if BCCI was there, they would have added an extended career and we would have more pool of players in women's cricket." The 37-year-old, widely regarded as the greatest female cricketer the country has produced, said that as a child she wanted to become an IAS officer. "Honestly cricket happened to me. It didn't come by choice. I didn't choose to get into cricket," she said.

"My dad took me to the academy there, whatever transpired, and I was straight away into a full-fledged academy for girls. I was too young to make a choice. If at that time somebody could ask a 10-year-old Mithali, what you want to become, I would have said that I wanted to become an IAS officer. Not a sportsperson, not a dancer. I always felt I had it in me to be an IAS officer." — IANS