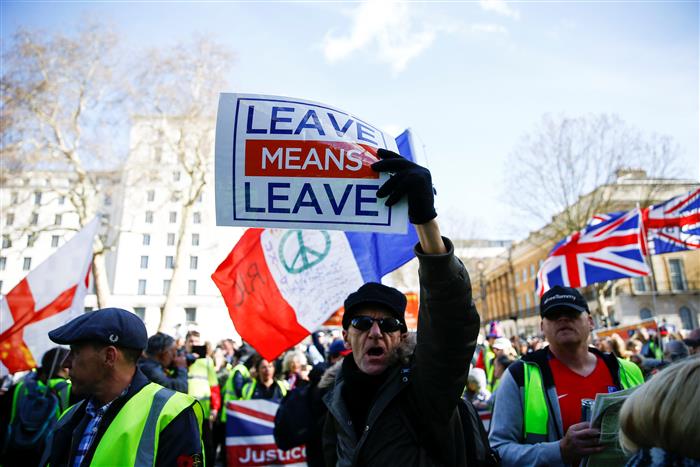 Britain will formally exit from the economic bloc on January 31. Reuters file

Crunch Brexit talks to thrash out a trade agreement between the UK and EU got under way on Tuesday amid a brewing row over the so-called divorce deal struck earlier this year, ahead of Britain's formal exit from the economic bloc on January 31. The current transition period after that exit concludes at the end of December before which both sides must agree to the terms of their future relationship or end up with a no-deal Brexit.

The EU's Chief Brexit negotiator, Michel Barnier, arrived here to kick-start what is expected to be a crucial round of talks to strike an agreement with Britain's negotiator, David Frost. — PTI