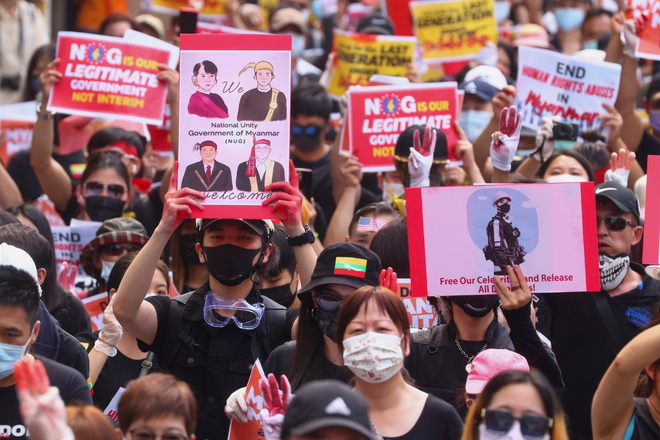 A march against Myanmar coup in Taipei, Taiwan. Reuters

Yangon: Myanmar security forces opened fire on some of the biggest protests against military rule in days on Sunday, killing seven persons, media reported. The protests were coordinated with demonstrations in Myanmar communities around the world. AP

Maplewood (US): Olympia Dukakis, the veteran stage and screen actor whose flair for maternal roles helped her win an Oscar as Cher's mother in the romantic comedy "Moonstruck," has died. She was 89. Dukakis died on Saturday in New York City. AP