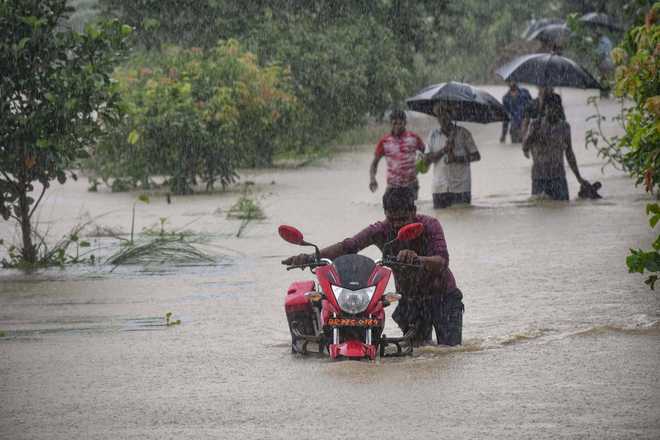 At least 31 persons were killed, while 43 others are missing as incessant rain and landslides since last week has caused havoc in many parts of Nepal, media reports said on Wednesday. - File photo

At least 31 persons were killed, while 43 others are missing as incessant rain and landslides since last week has caused havoc in many parts of Nepal, media reports said on Wednesday.

“Till now, the rain and incidents related to it have taken the lives of 31 persons. Seven persons were killed in Ilam, six in Panchthar, seven in Doti, six in Dhankuta, three in Sunsari, and one each in Kalikot and Dadeldhura,” Humkala Pandey, the chief of the Disaster Management Authority, told the media here.

He said 43 people of different districts, including six in Humla, 23 in Bajhang, and four in Kailali have gone missing in the landslides.

“A total of 700 people have been rescued so far in various districts,” he said.

Some bridges collapsed and highways were obstructed. Some cities and airports are inundated and in some districts, some human settlements were submerged under the floods, another report in The Himalayan Times newspaper reported.

According to the officials, 19 districts of Nepal have been badly impacted by the rain related incidents. — PTI