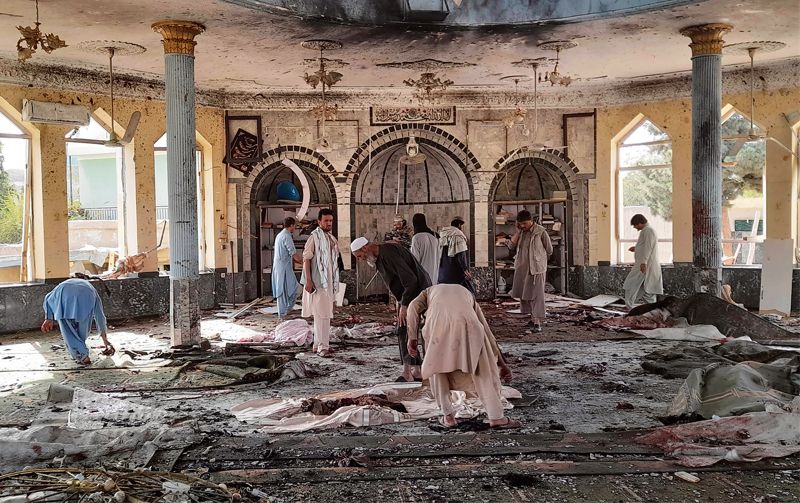 The damaged mosque following a blast in Kunduz. - File photo

The United Nations Security Council strongly condemned the “atrocious” ISIS terror attack on a mosque in Afghanistan and other recent attacks against religious institutions in the war-torn country, references that India categorically insisted on in a statement issued by the powerful UN body and rejected any attempts to dilute them.

The 15-nation UNSC issued the press statement on Saturday in which the members “condemned in the strongest terms the atrocious and cowardly terrorist attack in Kunduz, Afghanistan” on October 8.

“The attack, which was claimed by the Islamic State in Khorasan Province (ISKP), an entity affiliated with Islamic State in Iraq and the Levant (ISIL/Da’esh), resulted in more than 150 casualties killed and wounded. The attack, which took place at the Gozar-e-Sayed Abad Mosque, follows other recent attacks against religious institutions in Afghanistan,” the press statement said.

An Islamic State suicide bomber struck inside the Shiite Mosque.

Sources said India stood firm on two aspects that eventually were noted in the press statement.

The statement clearly reflects the sectarian nature of the terrorist attack that is seen not only in Afghanistan, but in Pakistan as well where Shiite institutions are coming under terrorist attacks. The second aspect that India stood firmly for and which finds mention in the press statement is attacks on other minority religious institutions.

There were attempts to have these references either removed, changed or diluted, but this was rejected by India, which stood firm that both — the sectarian nature of the violence as well as other minority religious institutions being targeted — should be recognised in the statement, sources said, adding that India’s position was accepted and the statement was then issued.

According to reports, Gurdwara Karte Parwan in Kabul was vandalised earlier this month. — PTI