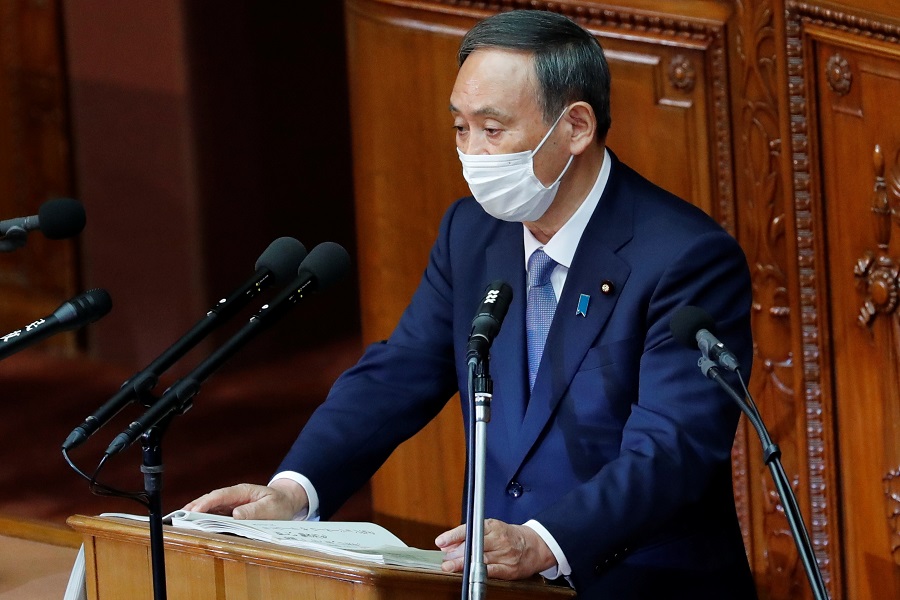 Japan said on Monday it would not sign a UN treaty that bans nuclear weapons and did not welcome its entry into force next year, rejecting the wishes of atomic bomb survivors in Japan who were urging the government to join and work for a nuclear-free world.

The United Nations confirmed on Saturday that 50 countries have ratified the Treaty on the Prohibition of Nuclear Weapons, paving the way for its entry into force in 90 days.

The announcement was hailed by anti-nuclear activists, but the treaty has been strongly opposed by the United States and other major nuclear powers.

Chief Cabinet Secretary Katsunobu Kato said Japan shared the goal of achieving a nuclear-free world, but did not think the treaty was the way to go.

Japan has said that it was not realistic to pursue the treaty with nuclear powers and non-nuclear weapons states sharply divided over it.

Kato said Japan had chosen instead to serve as a bridge to narrow the gap between the two sides.

Japan has decided not to sign the treaty even though it is the world's only country to have suffered nuclear attacks and has renounced its own possession, production or hosting of nuclear weapons.

That is because Japan hosts 50,000 American troops and is protected by the US nuclear umbrella. Its post-World War II security pact with the US also complicates efforts to get Japan to sign the treaty as it beefs up its own military to deal with perceived threats from North Korea and China.

“We need to appropriately respond to the current security threats, by maintaining or strengthening our deterrence. We have to be realistic about promoting nuclear disarmament," said Kato.

Atomic bomb survivors, who have long worked to achieve the treaty, renewed their call for Japan to become a signatory. Terumi Tanaka, a survivor of the August 9, 1945, Nagasaki bombing who has long campaigned for a nuclear weapons ban, said he had not given up hope.

“It is the Japanese government that will be embarrassed when the treaty enters into effect,” Tanaka told reporters on Monday.

“We will keep working to get the government to change its policy.”

The US had written to treaty signatories urging them to rescind their ratification, saying four other nuclear powers – Russia, China, Britain and France – and America's NATO allies “stand unified in our opposition to the potential repercussions” of the treaty.

There are over 14,000 nuclear bombs in the world, many of them tens of times more powerful than the weapons dropped on the Japanese cities of Hiroshima and Nagasaki that killed more than 210,000 people in the closing days of World War II.

The five nuclear powers and four other countries known or believed to possess nuclear weapons – India, Pakistan, North Korea and Israel – boycotted negotiations and the vote on the treaty, along with many of their allies, including Japan. AP