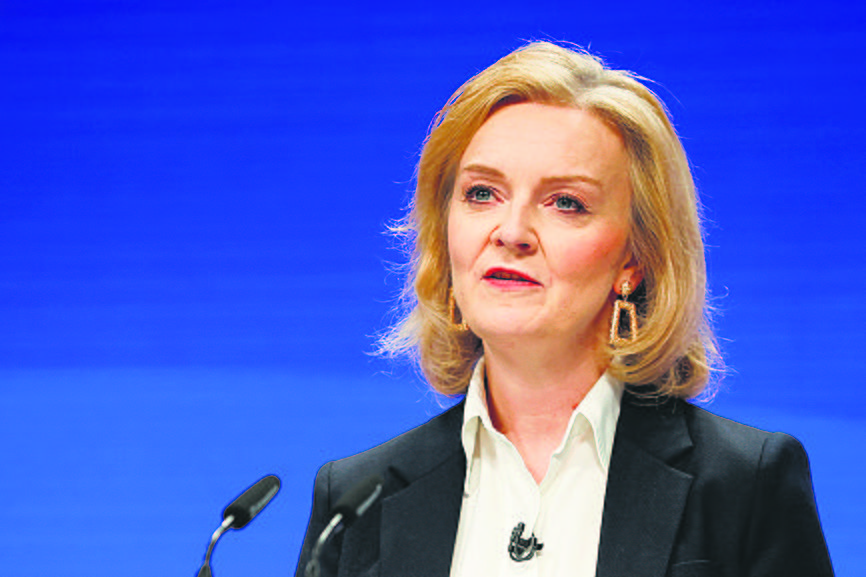 Britain’s PM hopeful Liz Truss (47), in the race against former Chancellor Rishi Sunak to succeed Boris Johnson as the Conservative Party leader, came under fire on Friday over her remarks about French President Emmanuel Macron.

London: It will be the first time that the so-called “kissing of the hands” of the monarch by the leader of the majority party in Parliament happens outside London or Windsor. Queen Elizabeth II (96) is likely to conduct the ceremony to appoint a newly elected leader as the country’s PM at her Balmoral Castle residence in Scotland. PTI

Her remark came as she was asked if President Macron was a “friend or foe” of the UK at a Tory leadership hustings. She said if elected PM she would judge Macron on “deeds not words”.

The Opposition accused Truss of “a woeful lack of judgement” as it would be seen as an insult of one of “Britain’s closest allies”.

Macron, however, reacted saying: “It is never good to lose one’s bearings...Whoever is considered the next leader of Britain, I don’t have any doubts. Britain is a friend of France.” Truss’ own party colleagues criticised her comments, with former foreign minister Alistair Burt saying she has made a “serious error” and should have struck a more diplomatic tone.