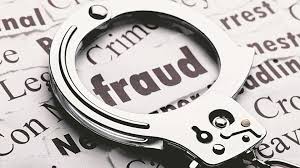 The Economic Offences wing has nabbed a bank manager, who was allegedly a part of the racket of fraudsters, who used to swindle banks by taking huge loans on the basis of fake documents.

He has been identified as Simranjit Singh, who was the manager with the Bank of India. He had been evading arrest since the racket was busted by the EO wing after the arrest of two persons Gurmeet Singh and Jagdeep Singh, who was a former sarpanch. He was arrested from near the inter-state bus terminus on Tuesday.

He said the police have recovered some important documents from his possession, which were being analysed. He said he used to pass the loans after taking his commission. He said the police have sought some more documents from the bank, which he had signed in the past. He said Gurmeet and Jagdeep, who were sent to judicial custody after the expiry of their police remand, would also be brought on production warrant for further probe.

Advocate Ravi Mahajan said the bank had provided several documents to him, which would be handed over to the police after going through it. He said the police had registered around four such FIRs and more would be registered against fraudsters.

So far, the EO has established fraud worth Rs1.5 crore. However, the figure may increase further as the investigations were still under progress. Among others who were booked include Kuldeep Singh of Sansara Kalan village and Dr Kulwant Singh of Delhi.

Gurmeet was the mastermind and he used to forge documents for bank loans.

As per the preliminary probe, the accused had got hundreds of loans passed from a bank through this modus operandi. They used to arrange registries and then change names by forging documents. In several cases, they managed to get the loan thrice on one registry.