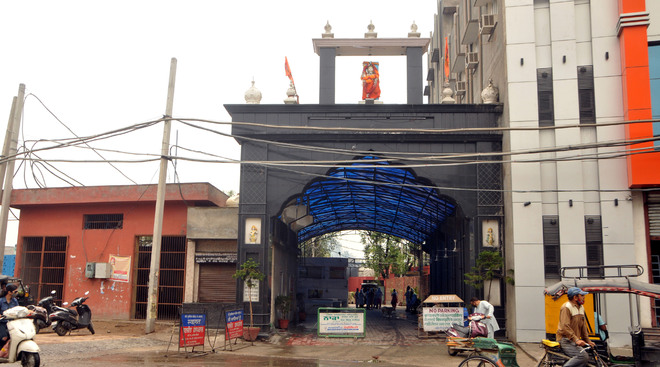 Shivpuri cremation ground is one of the oldest in the city. Tribune photo

A few years ago, Durgiana Temple Committee had raised concern over pollution due to cremation with the National Green Tribunal (NGT), claiming that it damages the temple’s gold-plated walls. On the recommendation of the NGT Monitoring Committee, the Municipal Corporation initiated the process to relocate the century-old Shivpuri cremation ground, but failed to find a suitable land for shifting the crematorium.

Office-bearers of the Durgiana Temple Committee claimed that they had attended three online meetings during the last one year in which the NGT asked the local administration to shift the crematorium to another place.

After the outbreak of Covid-19’s second wave, the number of cremations rose almost double, and the office-bearers of Durgiana Temple Committee worried about its effect on the gold plates of the temple. Moreover, the ashes also pollute the talab of mandir.

Advocate Ramesh Sharma, President, Durgiana Temple Committee, said, “Huge amounts of ashes cover all corners of talab every morning. We have to clean the talab regularly. After every fortnight, we clean the gold plates, otherwise it turns black. We have written to the NGT and they have asked the Municipal Corporation to provide the space for cremation but to no avail. The MC had proposed some land far away from the city, but how would the residents reach there in case of non-availability of vehicle.” The existing Shivpuri cremation ground is the oldest and a major cremation grounds in two-acre land. As many as 35 bodies can be cremated in a single day here.

However, the MC proposed to install a CNG-equipped crematorium under the National Clean Air Programme (NCAP) of the Central Government.

Earlier in 2016, the Amritsar Improvement Trust had proposed to develop a new modern crematorium in four-acre land near Gumtala Bypass. Some religious organisations moved the court and took stay orders on the construction of the crematorium.