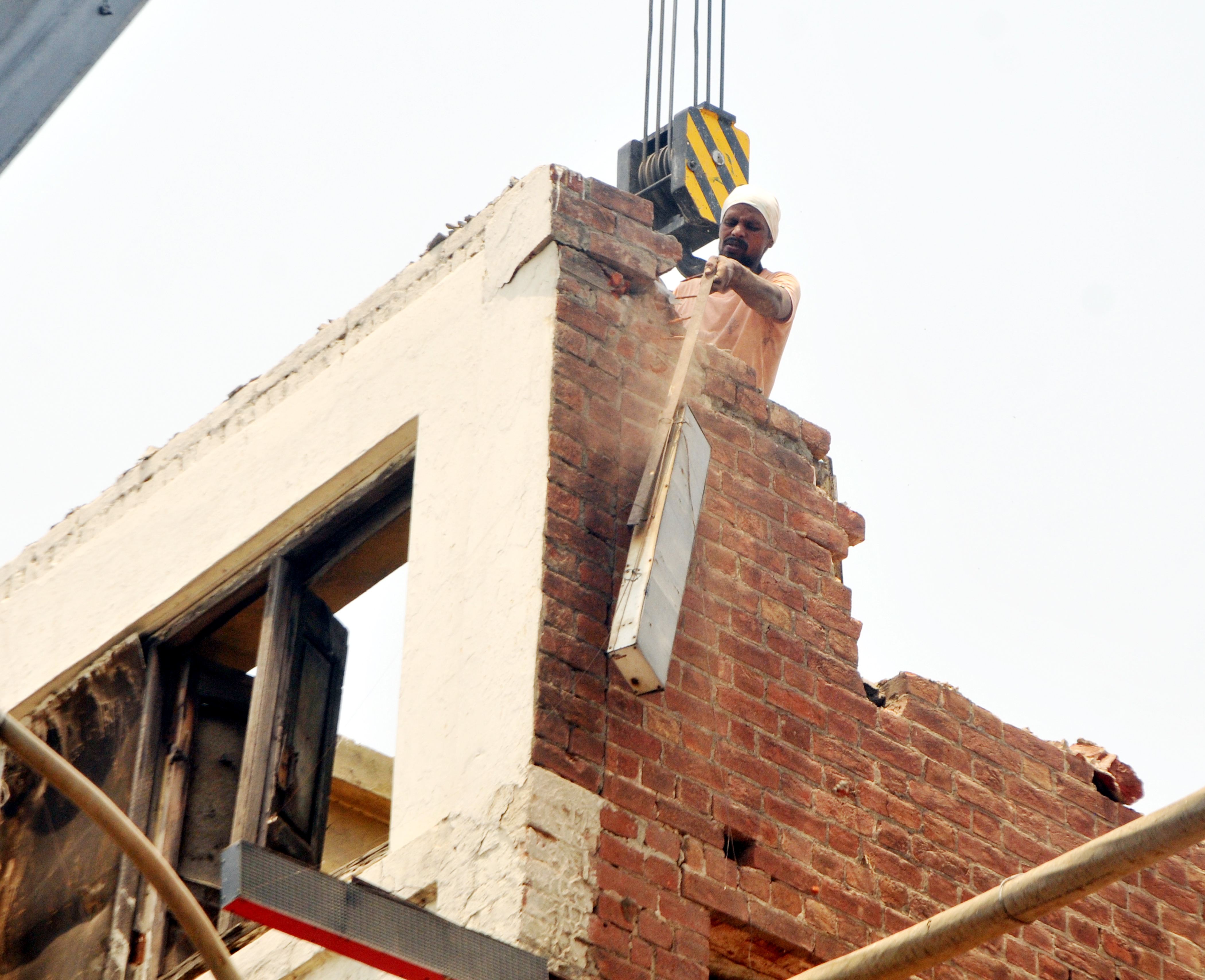 An MC employee demolishes a dilapidated wall of Grand Hotel.

The Amritsar Municipal Corporation has started the process of demolishing the dilapidated portion of Grand Hotel. Officials of the Municipal Town Planning wing claimed that demolition is being conducted under the supervision of technical experts. They are taking care of all safety measures. The front side of Grand Hotel was demolished using a trolley-mounted ditch machine here on Friday.

Assistant Town Planner Parminderjeet Singh stated that employees of the MTP wing were conducting demolition with care, so it would not affect any nearby establishment. The workers are also removing the debris from the basement.

Meanwhile, the affected residents conducted a meeting and discussed the conditions of agreement proposed with the owner of the upcoming hotel. Simran Singh, a resident, said, “We are not satisfied with some of the conditions of the builder. We will discuss it with MLA Kunwar Vijay Partap Singh. He is the only person we can count on. He helped us a lot in this issue. We will meet Kunwar Vijay soon and discuss our concerns with him.”

It is worth mentioning here that a major portion of Grand Hotel collapsed due to the digging done more than 45 feet adjoining the hotel on May 12. Major cracks had developed around nine houses of Guru Nanak colony. The district administration initiated an inquiry in this regard.

Meanwhile, area MLA Kunwar Vijay Partap Singh raised the concern of violations by the builder and compensation to the owners of the affected houses. With the MLA’s efforts, the authorities listened to the residents and the hotel owner agreed to rebuild their houses.

Rajasthan Chief Minister Ashok Gehlot has appealed to the pe...