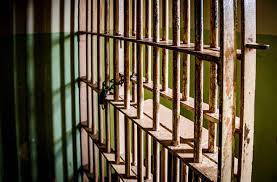 Busting an extortion racket, the city police have arrested three persons and nominated a youth from Cyprus. They had demanded extortion money from a jeweller in Vallah on his WhatsApp call on May 18.

Those arrested have been identified as Simple Sharma, aka Golu, of Khemkaran, Jatinder Singh, alias Goldy, of Kot Atma Ram and Janak Lal of Ghanupur, Chheharta. They were currently lodged in Amritsar Central Jail from where they were brought on production warrant. The Cyprus youth, who was also booked under Sections 387 and 506 of the IPC, was identified as Sanjiv Kumar. He originally hails from Khemkaran.

Additional Deputy Commissioner of Police Abhimanyu Rana said Harbhajan Singh lodged a complaint with the police that he got a call on May 18 from unidentified WhatsApp number. The caller demanded extortion money in lakhs and threatened to harm him or his family in case their demands were not met.

Rana said during the probe, the police detained the brother of the prime suspect, Sanjiv Kumar, who admitted that it was his elder brother’s voice who was currently in Cyprus. He had gone there on a study visa. Following this, he was nominated in the case and after further investigations it came to light that Sanjiv made calls at the behest of Simple, Jatinder and Janak Lal who were lodged in Central Jail here. They were known to the victim, therefore they were brought on production warrant and arrested.

The ADCP said further investigations were on to ascertain how many persons they had targeted earlier. Efforts were also initiated to bring Sanjiv from Cyprus.