Criminal held with arms and ammunition 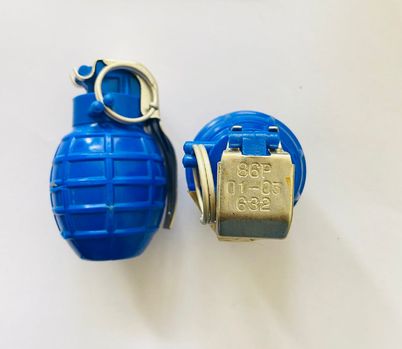 Were the two hand grenades seized from highly radicalised Ranjit Singh part of the consignment dropped by drones in Bharopal village falling under the Gharinda police station two months ago?

The State Special Operation Cell, a wing of counter intelligence, who arrested Ranjit Singh, suspected so.

During the search operation, after sighting the drone movements, the BSF and the police teams found two empty bags from the border village. Security and intelligence agencies were put on alert after finding the two thermacol boxes, though no one was arrested during the further course of investigations. Apparently, someone retrieved the consignment before the BSF jawans or police teams located the two bags. The packings were similar to bags in which tiffin bombs and RDX were recovered from near Daleke border village before the Independence Day in August.

Ranjit Singh was currently in four-day police remand. During investigations, it was found that he was in touch with his UK-based handlers before he was arrested by SSOC on Wednesday. The Punjab Police have seized two Chinese P-86 hand grenades, besides two pistols from along with live cartridges from his possession. The sources in the SSOC said the police were trying to identify his accomplices. He was running a group “Kaum De Rakhe” and was allegedly generating funds from foreign shores under its garb.

The police have confiscated his mobile phone and scrutinised the contact list to identify his accomplices. According to sources, same kind of hand grenades were used in the attack outside the Army camp gate in the Panthankot area four days ago. Ranjit Singh, a resident of Sohal village in Tarn Taran, was booked under the Arms Act, Explosive Substance Amendment Act and Sections 120 and 120-B of the IPC at SSOC police station.